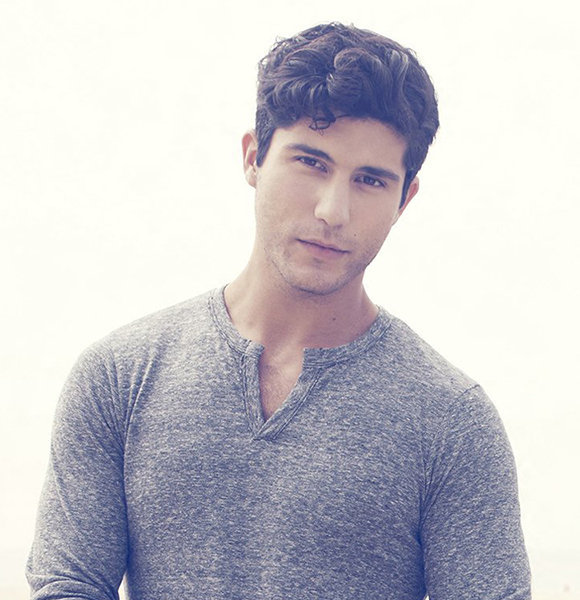 Dan Smyers is an American country singer who became recognized in the music industry in 2013.

Despite his short tenure in the sector, Dan - along with his two-member band - has reached the height of success many can only dream

Get into the nitty-gritty details of the singer’s life, personal side included!

Finding luck in love is a hard thing to come by. Dan, however, has had all the chance he needed in his life. He is happily married to Abby Law.

Dan and Abby’s love story is a magical one. He found the love of his life in an animal shelter in 2013. The pair have almost everything in common. They’re both vegetarians and committed to animal rescue.

Their shared love for the animals could be what pulled them closer. After three years of getting to know more about the other, Dan got on one knee at Waikiki, beach, Hawaii in November 2016 and proposed to Abby. The couple had their wedding on 13 May 2017. Dan and Abby with their dogs on their wedding day on 13th of May 2017 (Photo: Abby Law’s Instagram)

Although the duo doesn't have any children, their time is well occupied. The couple owns three pet dogs; Chief, Joy, and Ghost together. The partners' three dogs were also present at the wedding.

He was born in Wexford, Pennsylvania, and holds American citizenship; therefore, he is an all American by nationality.

However, his ethnicity is complicated; he is a mix of Japanese, Irish, Scots-Irish, English, and German.

Dan attended high school at North Allegheny Senior in his hometown. But, for his further study, he attended Carnegie Mellon University at Pittsburgh, Pennsylvania.

Dave & Music, His Net Worth

Nobody knows where they are going to be or what they would be doing in the future. Dan also had no clue what his future had in store for him. He was studying Finance at his university

Dan’s life took a turn when he met his music partner, James Shay Mooney. They formed a band, Dan + Shay in 2013, and everything changed for the duo. The partners wrote and released several songs in just a short span of two months. Their debut single “19 You + Me” received positive responses globally.

With their talent and passion, the band got signed by Warner/Chappell Music in 2013. They appeared on the famous The Ellen Show in 2014. The duo has also had the opportunity to collaborate with big names in the music industry like Kelly Clarkson, and country vocal group, Rascal Flatts.

Dan Symer’s life changed for the better with his decision to pursue music. He has gathered an incredible amount of fame with his music. He has also had a change in his lifestyle with success. His net worth is estimated to be in the millions range.