Dana DeLorenzo Has A Boyfriend? Her Relationship Status Now!

By LRU Writer | On: February 12, 2018
Some people are good at keeping their relationship under lock and key. Or, to be fair, however ludicrous it may sound, they may not have a boyfriend at all for various reasons ranging from a focus on their career to lack of time, interest, loving family or simply no urge or pressure to have one. 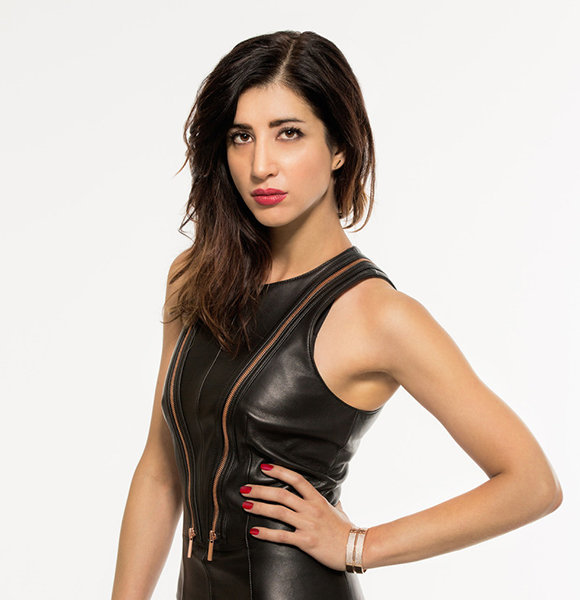 One such person who does not seem to have a boyfriend but still tweets about one is Dana DeLorenzo, an American actress.

Read on to find out about her not-so-mysterious 'boyfriends' whom she has mentioned in her tweets.

Dana DeLorenzo, who plays the role of Kelly Maxwell in Ash vs Evil Dead, shared a picture of a half-eaten delicatessen on Twitter on 27 February 2015, writing about sweet French romance she received from her new boyfriend.

Later, on 14 January 2017, the former radio personality/producer took to Twitter to introduce her new boyfriend, Brutus, to the world.

Me and my boyfriend, Brutus. Our date was filled with cuddles and kisses and treats. Best date FTW! â¤ï¸ #TheItalianDachshund #bestdogever pic.twitter.com/cPPLKm7efR — Dana DeLorenzo (@ImDanaDeLorenzo) January 14, 2017

She also took to Instagram on 3 November 2017, to post a memorable picture of her with a man, writing:

Dana DeLorenzo is speaking on the Instagram about her costar, Rose Marquand, rather than her boyfriend. She talks about playing his love interest in the 'Impress Me' before fighting each other in the 'Undead.'

Taking to Twitter to thank well-wishers for all the birthday love and to wish them a Happy New Year, on January 1, 2018, she wrote:

â¤ï¸?Thank you for all the birthday love!! ?Celebrated w/ my parents, hence the “my hangover is too bright” sunglasses. And my mom’s fave “birthday sweatshirt” she got me when I was 10. Yes, that’s Santa getting served booze by the New Year Baby. #BecauseWhyNot #HappyNewYear pic.twitter.com/8NiK2l3HD3 — Dana DeLorenzo (@ImDanaDeLorenzo) January 2, 2018

Perhaps she is a doting daughter who is basking in the love light of her parents' adoration and does not need any other love and attention - at least not for now.

Born on 1 Janauary1983, at Youngstown in Ohio, US, to Jerry and Phyllis DeLorenzo, Dana is a TV and movie actress who plays the famous role of Kelly Maxwell on the highly popular comic-gory Sitcom series 'Ash vs. Evil Dead'.

On 31 October 2017, she took to Twitter to post a picture of her evil character from the series, writing:

Apart from her role in the horror comedy Sitcom, she also enjoys credits in famous movies, including “A Very Harold & Kumar 3-D Christmas” (2011), and "The Moleman of Belmont Avenue.

Her other notable television credits include "Sullivan & Son,” “Growing Up Fisher” and “Impress Me.” She was also the voice of characters in the radio show "Mancow's Morning Madhouse," and as Beth in "The Late Late Show with Craig Ferguson."

Dana is also the lead singer of the six-piece tribute band in Chicago called 'House of Winehouse', dedicated to critically-acclaimed singer, Amy Winehouse. The five-time Grammy winner died at 27 years of age.

Dana DeLorenzo, who stands tall at 5'3" or 1.6 m, is of Italian-Sicilian ethnicity. She earned a graduate degree in media communications from DePaul University in 2005.

Her salary and net worth have not been revealed. Like her relationship status, her financial matters are also unknown, but she has probably earned millions.