By LRU Writer | On: February 21, 2018
Openly Gay Daniel Preda, Boyfriend Joey Graceffa Redefine Goals! The openly gay couple, Daniel Preda, a blogger, and Joey Graceffa, a YouTuber, have a heartwarming love story that will give you a warm fuzzy feeling in your stomach and make your heart skip a beat. 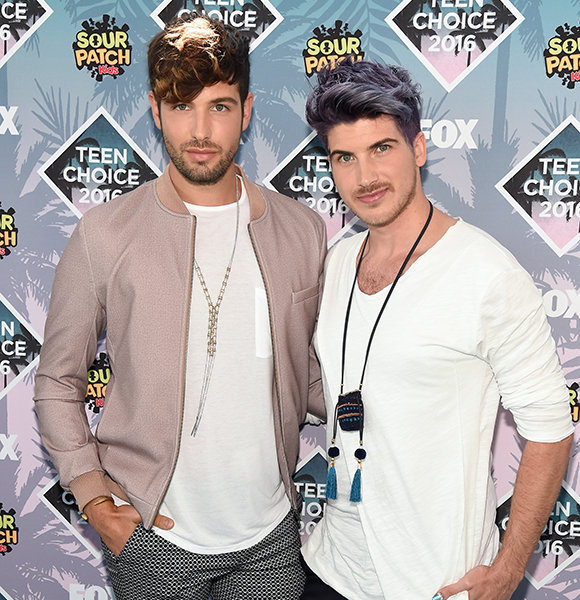 The openly gay couple, Daniel Preda, a blogger, and Joey Graceffa, a YouTuber, have a heartwarming love story that will give you a warm fuzzy feeling in your stomach and make your heart skip a beat.

Let's scroll down because this one is a doozy!

You all must know the internet sensation and blogger Daniel Preda, more famously known by his alias, Mister Preda. And if you know him, you must also know that he is gay.

Daniel Preda is currently dating a handsome YouTuber, Joey Graceffa. Joey is a Youtube star, vlogger, Instagram star, signed model, and an actor. They are both 25 years of age.

The two handsome hunks first met online when Joey came across Daniel's picture on Instagram. Joey followed Daniel on both Instagram and Twitter, and surely enough, Daniel followed him back. The two then started chatting and met each other in person weeks later. The couple had their first date in July 2014.

In an interview with People, Graceffa said,

He was so handsome in person.

It just made sense that it should be my boyfriend.

We're sure it did!

Though the couple soon got into a relationship, it wasn't until later that they disclosed their union. They announced that they were in a relationship on Valentine's Day in 2016. Joey Graceffa introduced his boyfriend vehemently through a video on his Youtube channel.

Joey Graceffa, Daniel Preda talk about their union on 'Our love story' (Published on 14 Feb 2016)

Daniel began appearing in Joey Graceffa's videos with Graceffa's official music video of 'Don't Wait' when he subsequently came out as gay.

If you follow them on their social sites, you will able to see that the couple sets a fair number of relationship goals. Take a look!

Even if you're not a loving person, you won't be able to deny the cuteness this couple has. Undoubtedly, the lovebirds are a match made in heaven!

And the caption that accompanies the pictures the two share is gleaming with the love they have for each other. On the occasion of Daniel's birthday on 16 December 2017, Joey shared the cutest message for Daniel.

"Happy Birthday to the boy who has stolen my heart! I am in awe of how selfless, kind, funny and absolutely GORGEOUS you are!"

That kiss! Can you feel the love in the air?

Soon after the post, Daniel shared a picture of the two that shows that the couple was ready to take a long walk to embark the beginning of the year.

How soothing it must have been to have a company to greet the new beginning with!

Likewise, Joey shared a picture of Daniel giving him a piggyback ride the next day on New Year's Day 2018.

This picture surely is a treat for eyes.

Best wishes for the endless love the couple shares. And we hope they keep on giving major relationship goals!
Blogger YouTuber Our Love Story