By LRU Writer | On: May 28, 2019
Danielle Trotta’s name appears on the top... went on to join the University of North Carolina, Charlotte to complete her education... boyfriend Robby Benton...got married on 27th October 2018...dating life seems to grow more day by day... 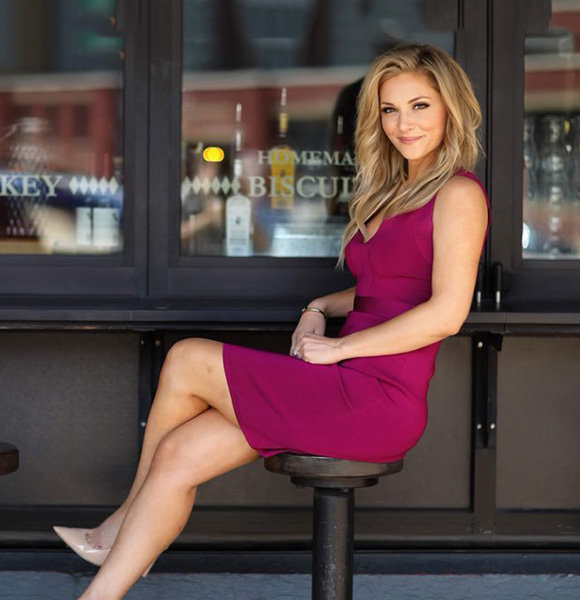 When sportscaster’s names are mentioned in a list, Danielle Trotta’s name appears on the top. If anyone deserves such recognition, then it is her because the host started her network job while being still at high school.

As an ambitious graduate, she then went on to join the University of North Carolina, Charlotte to complete her education. Post grueling in various TV networks, Danielle’s claim to fame came in 2010 when she joined Fox Sports 1. After giving seven years of her life to the coveted organization, she got her new job at NBC Sports Boston in 2018.

Today, she continues to be the co-host of the network’s nightly studio show Boston Sports Tonight.

Danielle was on cloud nine when her boyfriend Robby Benton proposed her in December 2016. The setting was very romantic as the pair were alone in the Cathedral of Monaco. Naturally, she said yes and made her brand new fiance - the owner of RAB Racing - the happiest man.

Fast forward to nearly two years after the engagement; the couple got married on 27th October 2018 at Charleston, SC. Danielle’s lovely parents - mother Phyllis, father, Dan - younger sister, Andrea and other close friends and family joined the pair in the beautiful ceremony. Post marriage, the couple’s love, and affection have grown more day by day. In such show of affection, Danielle posted an adorable photo on Twitter revealing that she took her husband to her workplace on 9th February 2019.

Although the couple are yet to have children of their own, Danielle has a goddaughter named Olivia Marie to keep her company.

The American TV host was born on 13th March 1981 in New York. Since her family traveled a lot for business, Daniella lived in a lot of places her whole life.

While she majorly grew up in Indiana, her college life was filled with a bit of travel as she attended four colleges in Indiana, Vermont, Boston, and Charlotte. Post graduation she got a job as weekend news editor at WBTV. Working hard on the job, she progressed into the role of a photographer and an editor.

However, her heart was onto going in front of the camera. Thus, she convinced management to allow her on camera; since then she went on to become a dependable host.

For You:- Tamia Hill Net Worth, Ethnicity, Husband

Well, her prominent work includes hosting The ACC Blitz, the ACC Network’s pregame and halftime show, with Coach Tommy Bowden in 2011. Besides, she wrote segments for Charlotte Weekly and contributed to weekly sections on NASCAR and ACC Football on ESPN Radio 730 AM in Charlotte.

Danielle earns an estimated salary of $39,512 per year, which adds to her net worth. Taking about her measurements, she is blessed with a fit body. She boasts a height of 5 feet 5 inches (1.65m) and a weight of 60 kg.