Danna Garcia Adds One to Family! Yet to Get Married but It's No Problem

By LRU Writer | On: January 11, 2018
Danna Garcia Adds One to Family! Yet to Get Married but It's No Problem. Danna Gracia is the new mommy in town. The actress in her late 30's, along with her boyfriend, Ivan Gonzalez, made it to the news when she posted a picture of her baby shower on her Instagram. What are their thoughts on marriage though? 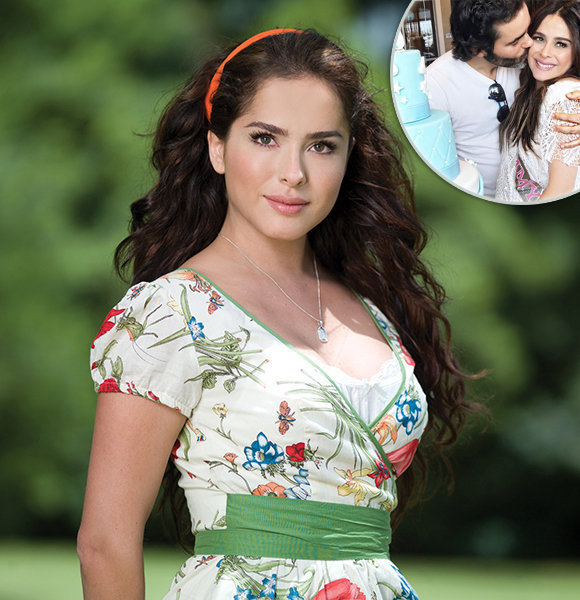 Not everyone follows the notion of getting married and having kids even though it is the standard convention that our society lives by. Marriage is a special bond that two people share to celebrate their love.

So, if one has not found that person, settling down is not essential. However, that does not stop everyone from having kids.

The Columbian actress, Danna Gracia, can explain this better to you. The 39-years-old Columbian beauty had a much talked about dating affair in her past and has recently joined the motherhood squad. She is not married yet, and that is not an issue for her.

Take a look at the current dating situation and her journey of motherhood in one single scoop.

Danna Gracia, A New Mother in Town: Scoops on Her Dating Affair

Danna Gracia is the new mommy in town. The actress in her late 30's, along with her boyfriend, Ivan Gonzalez, made it to the news when she posted a picture of her baby shower on her Instagram.

She gave birth to a beautiful baby boy named Dante on July 8, 2017. She also shared a picture of herself offering a peek at her baby boy on Instagram.

The actress barely flashed the face of her loved one on social media. We might not have seen the face of Dante, but given his parents, we are pretty sure the baby is beautiful.

Danna is a very private when it comes to sharing her personal life, but that does not stop her from expressing her love towards her beau, Ivan. The couple is very much in love, and she can't help but show her emotion through the picture.

And it's not like the new parents had not thought of binding their love with marriage. When asked about their marriage, Danna shared,

"There has been no wedding because of me, I blame all the time, I have moved the dates 70 times for different reasons"

Okay, so we WILL hear the wedding bells chime soon!

Ivan is a Spanish journalist, and the two are very much in love. The family of three is blessed, and we hope that the couple will soon agree on the date to tie the knot and turn the boyfriend tag to husband soon.

Before finding her love in Ivan, the Columbian beauty was engaged to Jorge Estman. But after being deceived a number of times, the couple called off their engagement.

It was not only him that the actress was linked to in the past. Rumour had it that Garcia was dating the actor Mario Cimarro. However, neither Danna nor Mario have confronted anything regarding that matter.

But that was all in the past. Now the new mommy is super caught up with her baby and her soon-to-be-husband, Ivan.