By LRU Writer | On: November 28, 2016
Well, he is the lucky guy who hooked up with the ‘Mean Girls’ actor, Lacey Chabert and married her as his wife. Learn more about him and their relationship below. Also find out more about their plans to start a family. You might remember the actress, Lacey Chabert as Gretchen Wienes from the movie, ‘Mean Girls’ who kept trying to make “fetch” happen. Now learn about what the mean girl is up to in her personal life. What about her married life. Did she really welcome a baby into the family? 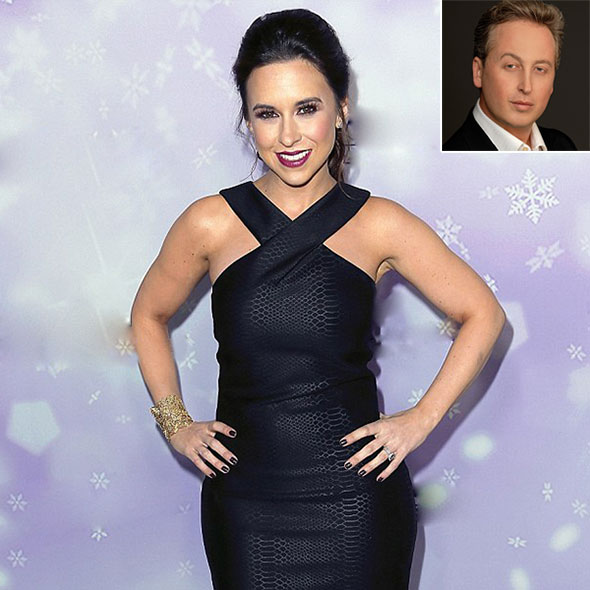 Well, he is the lucky guy who hooked up with the ‘Mean Girls’ actor, Lacey Chabert and married her as his wife. Learn more about him and their relationship below. Also find out more about their plans to start a family.

You might remember the actress, Lacey Chabert as Gretchen Wieners from the movie, ‘Mean Girls’ who kept trying to make “fetch” happen. Now learn about what the mean girl is up to in her personal life. What about her married life. Did she actually welcome a baby into the family?

Their Married Life: Husband and Wife?

David Nehdar married his actor wife on the late December of 2013. They were successful to keep the eyes of the media to get married among close friends and family. It was only later when Lacey decided to reveal it on social media that people started to know about it. She started by coming out on Twitter with following words. This was also accompanied by some photos she revealed on Instagram. She looked absolutely gorgeous in an elegant white lace gown for her wedding. Here is an Instagram photo of her enjoying and dancing on her wedding day.

Happy day! Photo by my friend Steve Blum and his camera phone :)

They were a perfect couple and also a beautiful family, but something was still missing in their family-Children, a dream that will soon be fulfilled. The star again took to social media to reveal the great news to everyone that she was pregnant on late February 2016. She also uploaded a photo of her child equivalent dog with the message wearing a T-shirt stating “My Mom is having a baby & all I get this stupid shirt.”

Kitty doesn't seem as excited about this as we are... I'm so happy to share the good news that my husband and I are expecting a baby later this year! We are thrilled and so thankful for this blessing ?? #pregnant

Later she gave birth to a charming daughter in September 2016. They revealed the name of their daughter, Julia Mimi Bell as the caption on the first ever photo she shared of her daughter on Instagram suggests. The couple later revealed that they named their daughter's first name after Julia's beloved mother and her middle name after David's grandmother.

"And then my soul saw you and it kind of went, 'Oh, there you are. I've been looking for you.'" #TBT to the best day of my life. One week ago I became a mom to this precious angel. Julia Mimi Bella ???? Julia, you are my heart's deepest dream come true. I love you more than I could ever say. Welcome to this big beautiful world sweet girl!

Lacey seems ecstatic to have her baby girl in her life and an interview taken two months after the child's birth with Access Hollywood Live's Natalie Morales and Kit Hoover Lacey revealed more information about her little girl and much more. Lacey revealed about how she broke her foot when she went into labor. She talks about her experience with the broken foot and giving birth to a child at the same time saying,

The day i went into labor i was in terrible pain, i started limping. And then, you know i ended having a c-section so i was recovering from a C-section which is more painful than a broken foot, so i was focused on that pain. And about a month later, i'm still limping around , i finally went to the doctor and learned that i had a broken bone in my foot.

Lacey has been posting pictures of her little angel and you have to admit, she deserves every bit of attention she is getting.

"When I saw you I fell in love, and you smiled because you knew." -Shakespeare •••• You are the greatest birthday present I could ever imagine ????

Fans don't have to worry about Lacey neglecting them as Lacey still plans to work in the acting biz, and she seems more than fit just months after her labor. She appears to be working hard to maintain her beauty and her currently, doesn't even look she just gave birth.

There's a new member of the glam squad! Press days are even more fun now. #workingmommas

Caption: Julia in the arms of her mother surrounded by the makeup crew

Lacey Chabert was born on September 30, 1982, in Purvis, Mississippi, US. She has a pretty impressive net worth estimated to be as much as 9 million dollars. For the year of 2016, she will be seen ‘Acre beyond the Rye’, ‘A Wish For Christmas’, ‘Justice League Action’ and ‘Shimmer and Shine’.

She has also been voicing Dani Burns in the TV series, ‘Transformer: Rescue Bots’. She has made only one guest appearance this year in the show ‘Bachelor Live’ as a guest fan.

She's most known for her role as Gretchen Wieners in 2004 Blockbuster 'Mean Girls' Her latest work as Sara Thomas in 'A Wish For Christmas' was a great hit and fans can't work for her next role in 'Acre beyond the Rye.'