By LRU Writer | On: March 22, 2018
Dawn Olivieri Dating New Guy? Dating Status Reflected Through Social Media Celebrities are increasingly keeping their relationship status shrouded. What about the pretty American actress Dawn Olivieri? Is she any different? Well, we have divulged some information regarding the personal life of Dawn. Let's read on to find out if she is dating a new boyfriend or has a husband already. 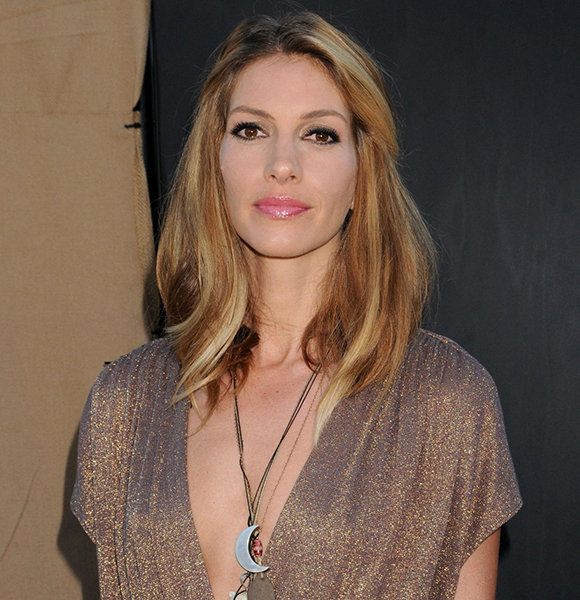 Celebrities are increasingly keeping their relationship status shrouded. What about the pretty American actress Dawn Olivieri? Is she any different?

Well, we have divulged some information regarding the personal life of Dawn. Let's read on to find out if she is dating a new boyfriend or has a husband already.

Dawn Olivieri, who is known as Monica Talbot in the television series House of Lies initially fell in love with humanitarian and filmmaker, Bryn Mooser in 2010, where she met him in a post-earthquake event in Haiti. Bryn is also best known for co-founding RYOT, an immersive media company that specializes in virtual reality documentary.

The romantic association between Dawn and Bryn was reflected in the social accounts. Dawn repeatedly tweeted about Bryn mentioning him as her boyfriend. The post includes her persistent support to Bryan in various events. Moreover, she even gushed about spending time with Bryn via a tweet back in March 2011.

sorry I have been MIA...had my sweet boyfriend @brynmooser in town from Haiti..had to pay him a little attention;)

Also, she also posted a picture on her Instagram, wishing Bryan on his birthday in September 2014. However, the relation of Dawn and Bryn couldn't stand the test of time, and ultimately they parted ways. Besides her romance with Bryn, she hasn't been in a relationship at least known to the media.

Dawn has been perplexing her followers by posting pictures on Instagram following some famous love quotes. By the looks it, she is probably single, but the chances of her having a secret romantic affair cannot be avoided, either. Whichever may be the case hopefully she would come forward to comment on her relationship status soon!

However, she is yet to walk down the aisle and exchange vows with her husband to know the perks of being married.

Dawn Olivieri was born as Dawn Orienne Olivieri on 8 February 1981 in St. Petersburg, Florida where she grew up with her family.

Dawn initiated her acting career by appearing on television series Criminal Scene Investigation in 2005 by portraying one of the leading roles. She made her debut in the film named The Devil's Den in 2006.

In 2012, Dawn appeared in the Showtime series House of Lies, playing the competitive and libidinous management consultant Monica. Role of her husband was portrayed by the main character Marty Kaan (Don Cheadle). She also appeared in the HBO series True Blood as Janice Herveaux. Dawn also played a reporter and Damon Salvatore's girlfriend Andie Star in the hit series The Vampire Diaries in 2011.

Her notable work includes performing on the American Hustle (2013) and Bright(2017).The talented actress also provided her voice to video games Need for Speed: Undercover (2008) and inFAMOUS 2 (2011).

Currently, Dawn is involved in a TV series SEAL Team depict ing the role of Amy Nelson. From an outstanding acting career, Dawn has earned a significant amount of net worth, but the exact figure has not been unveiled.