By LRU Writer | On: January 27, 2020
American Actress Demetria McKinney is best-known for...is not married...was in a decade-long relationship with...relationship was kept a secret for a long time...couple went public with their relationship...a mother to two boys...announced her pregnancy with her second child...was born as...grew up as the second oldest of nine siblings...has rendered her an estimated net worth... 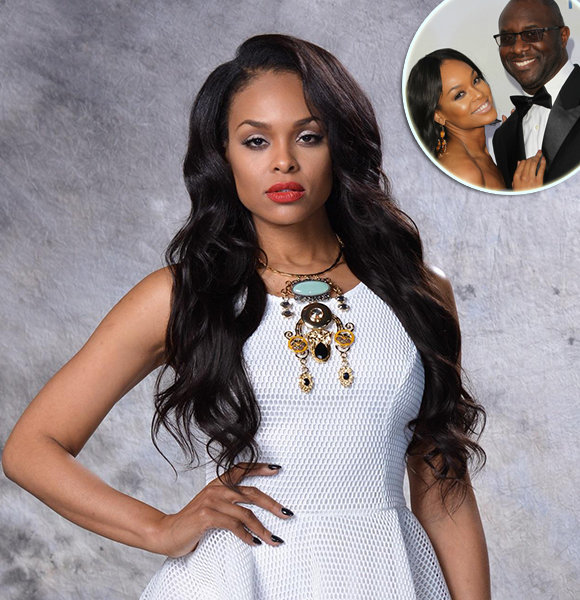 Demetria McKinney is not married yet. However, she came very close once.

She was in a decade-long relationship with a TV producer, Roger Bobb.

The two met around 2006 at Tyler Perry Studio while Demetria was working in the House of Payne. At that time, Robb was the executive vice present of the Tyler Perry Studio. So, their relationship was kept a secret for a long time.

After the show came to an end in 2012, the couple went public with their relationship and even announced their engagement in 2016's New Year. The couple had shared their plans for a September wedding.

But things went south all of a sudden, and the couple parted ways in mid-2016.

Demetria is a mother to two boys. She gave birth to her first child, a son, at the age of seventeen in 1997 with her ex-boyfriend. After the child was born, she raised him as a single mother on her own. As of now, her son, Cairo, works as a rapper and a photographer.

Further, on 17th October 2016, she announced her pregnancy with her second child via an Instagram post and gave birth to a baby boy a few months later.

Her father was a military man. She grew up as the second oldest of nine siblings in a military household. Her family frequently moved because of her father's job.

Demetria's Co-Actor From House of Payne:- Actor Allen Payne: Does He Have a Girlfriend? Dating, Or Is He Married? Find Wife and Kids Too

From a very young age, Demetria used to sing at church choirs all different places where the family moved. Eventually, she even earned a vocal scholarship and studied theater and dance.

According to Celebrity Net Worth, Demetria's amazing career as an actress has rendered her an estimated net worth of $3 million.