By LRU Writer | On: July 28, 2019
Dennis Jauch walked down the aisle with his longtime love Leona Lewis on what was an eye-catching Italian Wedding in Gorgeous Tuscan Vineyard on...couples had taken their social media to share the preparation of their most awaited...staying in an eight-year relationship with each other they finally decided to take their love life to another step and... 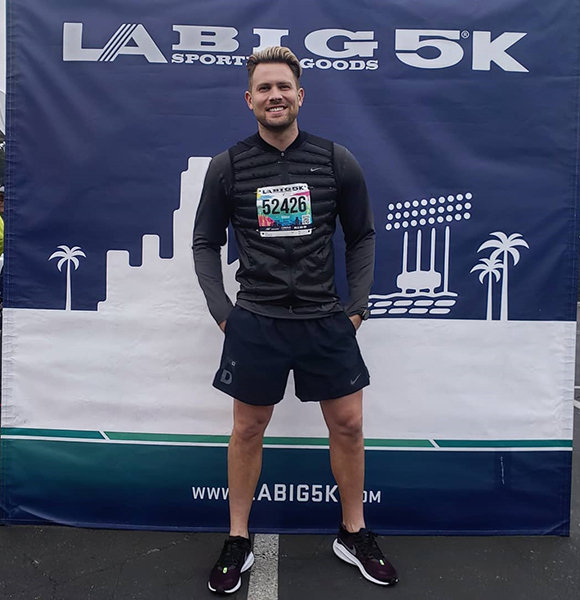 Dennis Jauch walked down the aisle with his longtime partner Leona Lewis on what was an eye-catching Italian Wedding in Gorgeous Tuscan Vineyard on 27 July 2019.

The outdoor wedding was conducted amongst 180 family members and friends. The Sugababes star, Keisha Buchanan and The Voice UK winner Jermaine Jackman graced the wedding ceremony with their beautiful vocals and set the atmosphere on fire.

On the other hand, the stunning bride showcased three different looks in her big day wearing a full-length white tulle gown for the wedding, a crystal-embellished jumpsuit for the party and a beaded blush dress for the reception. Few days prior to the wedding, both couples had taken their social media to share the preparation of their most awaited wedding ceremony. Leona displayed the matching bracelet she had bought from Anuka Jewellery whereas Dennis posted pictures of him posing in front of several famous Florence attractions.

Dennis Jauch and Leona Lewis shared a long dating history back from 2010. They met at the time when Dennis was a backing dancer on Leona's tour.

After staying in an eight-year relationship with each other, they finally decided to take their love life to another step and get engaged. The two exchanged the engagement rings in August 2018 during their holidays in Puerto Rica and made the news official through their social media.

The newly engaged fiancee posted a picture of herself wearing a diamond ring on her Instagram, whereas the singer shared a collage of the two and wrote:

"It's been the most beautiful eight years of my life with this incredible human being. Here's to many more beautiful memories."

The pair gushed about each other and made it clear what their relationship meant for them.

Dennis Jauch was born on 31 January 1989 in the north of Germany to parents, who ran a dance school together. He stands tall at the height of 6 feet 2 inches(1.88m) with outstanding dancing skill and charming personality to match things up.

Another Dancer In Our Vault:- Zodwa Wabantu Married, Boyfriend, Family, Net Worth

As a teenager, he learned dancing in his parent's school and built an interest in the related field. Eventually, he brought home the title of Germany's best dancer, winning the German version of So You Think You Can Dance.

Slowly, Dennis made a significant rise in his career working for stars like Beyoncé, Kylie Minogue, Pitbull, and Alicia Keys in music videos and albums. Not only that, but he also featured in shows like America's Got Talent, Dancing with the Stars and The X-factor.

As of now, the 30-year-old choreographer is the CEO of No Ceilings Entertainment.

Having been a performer himself in his early days, Dennis made the most out of his opportunities and made it big. Some of his most recognized works include Little Big Shots, Deutschland Sucht den Superstar and The World's Best.

He also combined with his newlywed wife Leona in her short video One More Step in 2013 and gained immense stardom. Now, the two share a vast combined net worth, which is assumed to tower over $25 million.