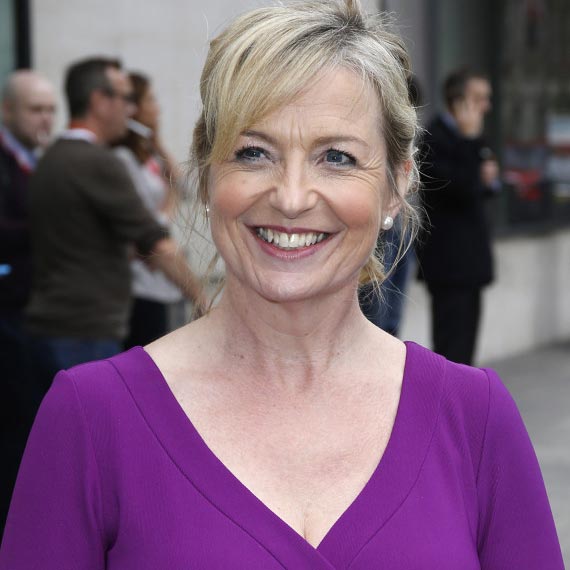 The Scottish presenter Carol Kirkwood is not a new name in the field of weather presenting. Keenly dedicated to her work, she has given her best service to all the audience for a long period of time.

Despite success in her career, her personal life paints a different picture as she had to go through a divorce in her life. She learned about marriage and divorce the hard way, but that did not stop the gorgeous 55-year-old to find her Mr. Right.

Ending her 25 years of marriage, Carol has proved she is the one who will get married just for the sake of it and now, moved on to a blissful relationship.

Life definitely gets easier if one has a companion to share and look up to. The weather reporter Carol had similar someone in her life as she was married to the cricketer Jimmy Kirkwood.

According to a source, the Irish cricketer, Jimmy Kirkwood was also a field hockey player. The duo got married in the year 1990 and stayed in their marriage for 25 years without any children. Even though Carol got out of 25 years of marriage, the reporter never gave up on the concept and idea of marriage and soulmate.

“I absolutely believe in marriage - if you’re married to the person who is your soulmate and the person who you want to spend the rest of your life with.”- Carol Kirkwood

Her genuine belief about the soulmate might be one of the reason, she found her Mr. Right.

The BBC Breakfast star first broke the news about her boyfriend back in 2016 where she had not revealed the identity of her boyfriend. In an interview with Express.co.uk, she vaguely expressed about being in love after eight years of divorce.

“I’m very happy in my relationship status at the moment. I’m not single!”

The 55-year-old even shared her thoughts about marriage in the same interview:

“It’s not the be all and end all I wouldn’t get married just for the sake of being married, because I’m happy as I am.

Back in 2016 she kept the identity of her boyfriend secret and teased her fans with her posts.

But the identity of her secret boyfriend was out and open in 2017. The Napier University graduate, Carol's boyfriend turned out to be senior protection officers for the Royal. That was quite impressive of her to date a protective man after the end of such long marriage.

The Dancing with the star contestant did not reveal the personal details about her mystery man but based on their occupation it can be assumed that the two share a crazy work schedule.

Despite confronting her boyfriend, that did not stop her fans from commenting raunchily and calling her 'sexy.' 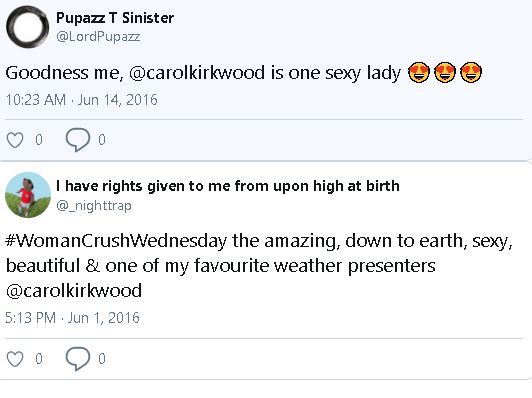 Carol, on the other hand, was surprised by the people's perception as she thinks that she is not sexy.

“Sex symbol makes me laugh, I couldn’t be further from a sex symbol if I tried.I think I’m more just your girl-next-door rather than anything else. If anyone says that, bless them.”

Even at mid-fifties, she looked absolutely stunning with her curvaceous body and is known for her enduring beauty and wonderful dressing sense. In addition to her amazing physique, beautiful face and successful career, the TRIC award winner, Carol showcased her talent in the dancing field as well. She participated in the 13th season of the famous dancing show Strictly Come Dancing and was able to woo the audience and her fans with her amazing dancing moves. She was partnered with the professional dancer Pasha Kovalev, a professional dancer.

Even with the sheer talent, Carol got eliminated on her seventh week during the show.

End To 20 Years Of Weather Reporting

Shifting from The Weather Channel to the BBC in 1998, Carol has now marked 20 years of weather presenting with the BBC network. Celebrating Carol's major milestone, the program BBC Breakfast shared the compilation of  Kirkwood’s best and embarrassing moments on her work in April 2018.

The reporter also took the moment to her Twitter and expressed her gratitude to BBC network in April 2018.