DJ Tim Westwood: No Wife, No Girlfriend, Married to his Profession! Gay Rumors

By LRU Writer | On: September 10, 2016
He is one of the biggest names in the field of television and radio, along with that he is a DJ. But what is more interesting about his life is, his girlfriend and wife. In fact, time and again the question arises of his sexuality as well. What’s the fuzz? 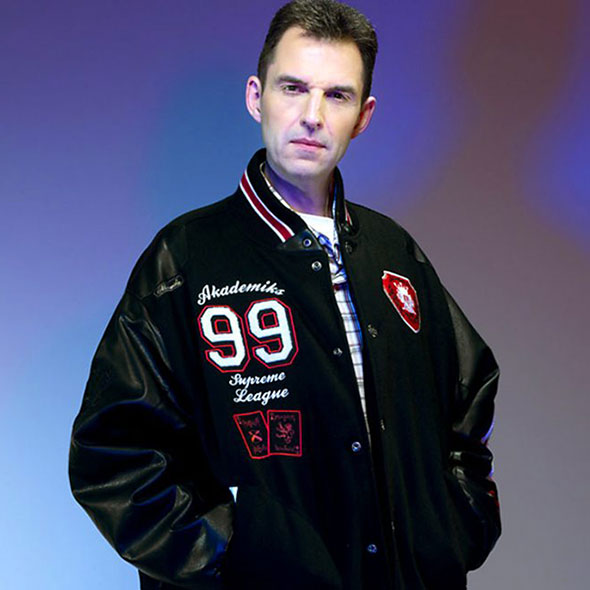 He is one of the biggest names in the field of television and radio, along with that he is a DJ. But what is more interesting about his life is, his girlfriend and wife. In fact, time and again the question arises of his sexuality as well. What’s the fuzz?

A profession is way more than a family: His Profession!

If you are deeply dedicated to hip-hop, the best-known DJ for that genre of music in the UK is Tim Westwood. For a four-hour set, Westwood would charge you around £3,500. That’s the attention, Tim Westwood gets.

During his career, Westwood has been DJ for many radio stations, including the newly formed radio stations like Kiss FM (which he co-owned) and LWR in the 1980s, followed by mainstream station Capital FM (from 1987). He was back then the Radio 1 Rap Show's first presenter while he was still young.

Sony Award-winning broadcaster also introduced generations of listeners to the latest developments in hip-hop during his time as well as helped a new wave of British performers become stars in the US-dominated genre.

His close relationship with world hip-hop’s biggest names, let it be Public Enemy to Jay-Z, who recognized the influence Westwood wielded over fans, delivered many exclusives for the BBC.

The winner of the 2010 Radio Academy John Peel Award for Outstanding Contribution to Music, Westwood could polish a new career broadcasting thanks to his loyal fan base.

Elijah of Butterz, one of the founder of independent record label based in London quotes:

“Westwood’s show is surely top 3 radio shows of my generation … I can’t not mention the clubs. Under 18 raves at Stratford Rex, even driving down to Southend to his parties with him and Goldfinger. Hip-hop and Bashment all night. Girls free all night… A model I think a lot more club nights should get down with.”

“I’d like to thank Tim for the last 20 years on Radio 1. His passion for hip-hop is legendary. I wish him all the very best.”

Music is his life! But is he Gay?

Well let’s begin with an interview he gave to the Guardian, he mentioned:

“Music is my passion, this is my love, and this is all I do. I don't have a family, I don't have the pressures of kids, and I live for it. My thing is the relationship with the music and with the artists and, bottom line, with the audience - that keeps my energy level to where it's at. I am not tired of it, the hours are long but whatever, man. If I worked nine to five in a bank not only would those hours be long, but I'd be bloody worried about my job right now.”

This shows the affection and attachment he’s got towards music. Moreover, he has also mentioned that he has no family which clears gives a sign that he is neither married nor has kids, and It was not revealed that he has to date with a girlfriend. Maybe !One thing which pumps his energy levels is music and the audience who love to see him perform music and make them groove all over his beats.

But time and again question arise if he is gay. And why not? He tweeted back in 2014 giving a hint to his fans worldwide.

Tim Westwood (born 3 October 1957) is the presenter of radio and television shows and also a renowned DJ. He also presented MTV show Pimp My Ride in an edition of UK.

In 2013, Westwood left BBC Radio 1 and BBC Radio 1Xtra after more than twenty years of service since joining in 1994 and returned to Capital Radio.He has been known for movies and television series like It's a lot, Comic relief, and duplicate drama. Therefore, he has a net worth as that of $13 million dollars.