Does CBS' Openly Gay Correspondent Mo Rocca have A Partner? You Asked We Answered

By LRU Writer | On: July 04, 2017
Does CBS' Openly Gay Correspondent Mo Rocca have A Partner? You Asked We Answered This time we are helping you get rid of your curiosity based on an American humorist, journalist and actor Mo Rocca. CBS' correspondent Mo, who is openly Gay, answered people's questions about his sexuality but people are now keen to know, whether or not he has a partner.  Let's find out if he has his strings attached to anyone. 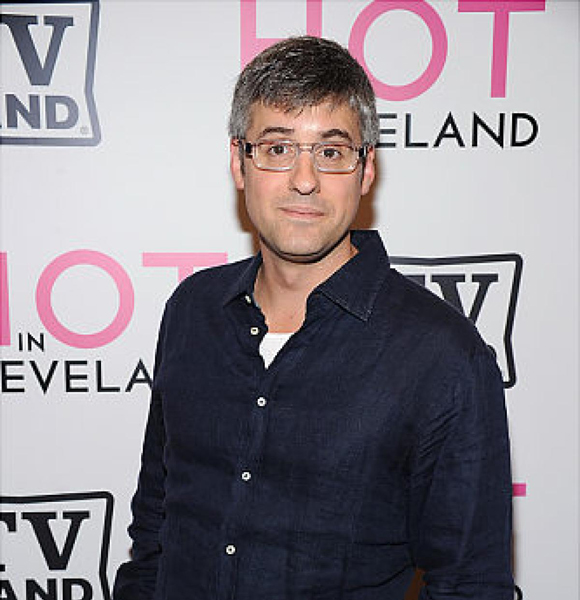 You guys generate curiosity, and here we are, all ready to fulfill your quest.

This time we are helping you get rid of your curiosity based on an American humorist, journalist and actor Mo Rocca. CBS' correspondent Mo, who is openly Gay, answered people's questions about his sexuality but people are now keen to know, whether or not he has a partner.  Let's find out if he has his strings attached to anyone.

Came Out As A Gay; But Does He Hold A Partner?

Mo Rocco,48, who has been the correspondent for CBS' 'Sunday Morning' since 2011, took his time before admitting and feeling comfortable about his sexuality.

Rocco came out when he was 42; it happened casually when he was in the podcast interview of "The Six Pack." During the conversation with the hosts Ben Harvey and Dave Rubin, he spoke about the matter. He revealed,

“I’m just more comfortable with myself now, It’s taken me until I’m 42 to begin to feel this way.”

He also expressed how fortunate he felt being at Stonewall; the night when Gay marriage was passed in New York,

“You gotta be there for a piece of history like that, I tweeted about it…it was very memorable and emotional and a great place to be.”

Since he is a correspondent for CBS, he can be considered as having an influential voice in the ordinary as well as the LGBT world.

His coming out was appreciated by the people belonging to LGBT community, as he could probably be somebody's role model; helping them come out by boosting their confidence. Furthermore, in the same podcast, he also revealed he was single. It has been six years since the podcast, and Rocca is still considered single, as he is not married and there is no such revelation made by him about having a partner.

A graduate of the Harvard University with a degree in Literature, Mo Rocca, was born on January 28, 1969, in Washington, U.S.A. He shares mixed ethnicity as his father is an Italian-American and his mother, a Colombian.

He grew up with two brothers, Larry, who was a sports writer for Newsday, and Frank Rocca, who was seen as a cast of "The Francis Effect."

Rocco's career began as an actor in 1993 when he acted on stage in the Southeast Asia tour of the musical Grease. A year later, he worked for Paper Mill Playhouse's South Pacific.

He had his hands on Television work as a writer and producer for the Emmy and children's television series Wishbone. He also wrote for Pepper Ann for the ABC TV network and The Wubbulous World of Dr. Seuss for the Nickelodeon TV channel. In the year 2011, he was presented with an Emmy as the writer for the 64th annual Tony Awards.

Despite having worked in different Genre, he gained maximum fame as a correspondent on "The Daily Show" on Comedy Central. He is also a regular correspondent for CBS' Sunday morning, where he covers stories, features, and profiles while emphasizing on presidential history.

Moreover, in 2015, Rocca opened for the Pope and made his mother proud by delivering a reading in Spanish. He also became the first Gay man to deliver the reading officiated by a Pope.

Being grateful for the honor, he tweeted,

Many people showered him with love for his reading via Twitter.

Mo Rocca has been an inspirational character for many, and he is a very successful man in regards to his work he delivers. With the dedication and passion vested in his work, he has been able to accumulate a hefty amount contributing to his net worth of $1.5 million.

Stay with us for the emerging updates on Mo Rocca!