Domo Wilson Revealed Plans On Getting Married And Some Info On Baby-To-Come; Happy On Not Taking Ex-Girlfriend Back

By LRU Writer | On: January 23, 2017
There is so much going on in Domo Wilson’s life. Her hands are full with different matters to take care of. Professionally speaking, she has got to live up to her stardom on YouTube along with other jobs to perform and, personally speaking, the mother to be a soon, she has a marriage to look forward to. Let us look into her life to know more on how she is handling her business. 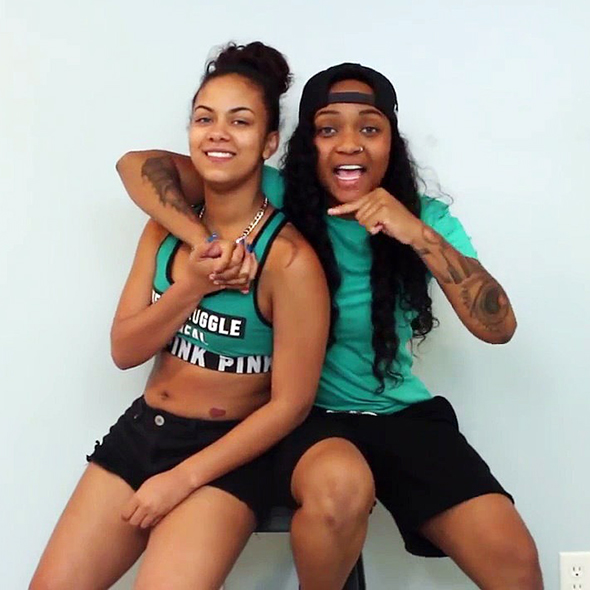 There is so much going on in Domo Wilson’s life and her hands are full with different matters to take care of. Professionally speaking, she has got to live up to her stardom on YouTube along with other jobs to perform and, personally speaking, the mother to be a soon,  has a marriage to look forward to. Let us look into her life to know more on how she is handling her business.

Domo’s Coming Out As A Lesbian:

Domo who is not hiding her true identity as a lesbian has openly disclosed her sexual preference. It was at the age of five or six that she discovered that she liked girls, but at that time this scared her as she didn’t know what to do with such feeling. Later in seventh grade, she was so much in love with a girl which she tells in her first gay experience. Then on October 12, 2010, she wrote a letter to her mother telling she was a lesbian who readily accepted her.

Today, she is happy about her identity and shares what it means to be a lesbian for her,

“I’m just a female who likes women. Clothes doesn’t define who I am. Ever since I was five or six years old, I knew I wanted to be gay, I love women so much its crazy dude. Yes, I’ve kissed a guy. Yes, I’ve had sex with a guy before.. but I just wasn’t feeling it, I get compliments from men everyday and it just doesn’t make me feel that rush that women make me feel. People can say what they want about me.. Call me Dyke, Butch, Fagg, Lesbo.. I don’t care I love being gay and I love being me and I think everyone should love being who they are.”

Caption: Domo opens up about being a lesbian which was posted on YouTube (April 28, 2014).

At the age of 23, Domo has early tasted the fame in her life. The success behind this fame is her popularity of the YouTube Channel which has more than 800,000 subscribers. She is also a  high-energy performer of comedy and music who travels the United States to host different events at music venues, clubs, and also gives motivational speeches at schools.

Talking about her love life, she is currently dating Crissy Danielle and collaboratively began to run a show  “Domo and Crissy” with her girlfriend then. In fact, they are each other’s fiancée these days, and both of them intend to get married someday. For that, they think it needs some more time as they need to plan their big day.

Caption: Domo and Crissy answers about getting married, which was posted on YouTube (December 31, 2016).

Domo Is Expecting A Baby Soon:

It was back in 2015 that Domo announced that she wanted to be pregnant through a sperm bank. Now she is about seven months pregnant and is eagerly waiting for the baby to come. Back then she expressed her desire to have a baby as,

I got some good news. And no, this is not a joke. I know I’m goofy, so y’all might think,“Oh, Domo’s jokin’,” but I swear to god, I’m not joking. But, um, so I’ve been wanting to have a baby — I’ve been having the baby fever for about — for a lot of years now.

The pair has already decided to call the baby Domonic Christopher Wilson.

Back in July 2015, Domo posted a tweet in which she mentioned about her ex. As the name of the ex was not mentioned, the person has been a subject of mystery.

The reason behind Domo’s alienation from her ex could be; because it might have caused her some damage.