By LRU Writer | On: September 01, 2016
Donnie Wahlberg is well known for his acting, producing as well as singing and song-writing career. What people seldom think about is his personal life. Did you know, he has two loving children and a wife in his family? Learn if he is happy about his present family affairs. 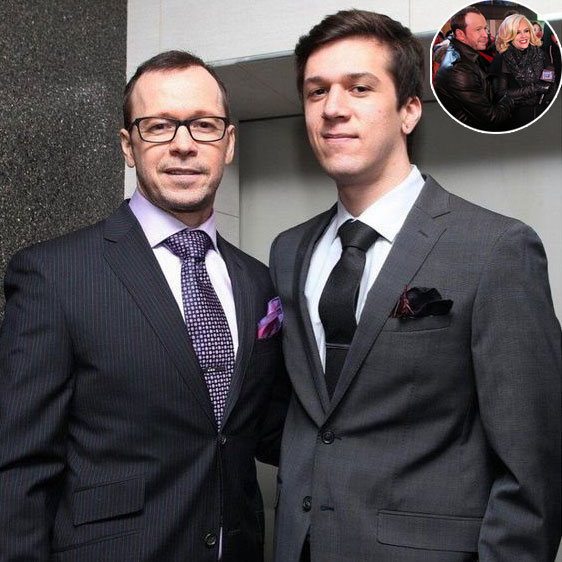 Donnie Wahlberg is well known for his acting, producing as well as singing and songwriting career. What people seldom think about is his personal life. Did you know, he has two loving children and a wife in his family? Learn if he is happy about his present family affairs. He has two very adorable sons even though one of them is grown up. His elder son, Xavier Alexander Wahlberg is presently 23 years of age and is a younger son, Elijah is 15 years old. They were born from Donnie’s previous marriage to Kim Fey. The couple were married on August of 1999 and filed for divorce almost exactly 9 years later on August 13, 2008.

Donnie hasn’t exactly shared if he is happy about his current family affair but who wouldn’t be happy? He just does not have two lovely boys by his side in his family but also a loving wife. Jenny is multi-talented and alongside comedy also focuses on modeling, acting, hosting, screenwriting and being an activist. She was previously in a 5-year long relationship with comedian and actor, Jim Carrey.

When they got Engaged?

After about a year together the couple announced that Donnie is engaged to his longtime girlfriend, Jenny. They declared it when Jenny appeared on ‘The View’ where with a teary eye she revealed: “I just got engaged!” She elaborated how Donnie proposed in a romantic was by using her 11-year-old son, Evan.

Caption: Jenny Carey on 'The View' announcing her engagement on April 16, 2014

It was only a matter of time until the wedding bells rang for them. That special day occurred on September of 2014 for the couple. The marriage took place in Hotel Baker, St. Charles, Illinois. "He's the most amazing man, and we have become a great team," she said weeks before her wedding.

She uploaded the photo of herself and her new hubby days after the marriage.

Donnie Wahlberg was born on August 17, 1969, in Dorchester, Massachusetts, US as Donald Edmond Wahlberg, Jr. He is eighth of 9 of his siblings that include his elder brother Robert Wahlberg and his younger brother Mark Wahlberg. The most recent update related to him has been on August 23, 2016, when his co-owned ‘Wahlburgers’ food chain faced a lawsuit for wage theft.