By LRU Writer | On: November 14, 2019
English actress Eleanor May Tomlinson is one-half of the...Eleanor was busy in her romance with...Eleanor was in a relationship with...got her skills from her two favorite persons... 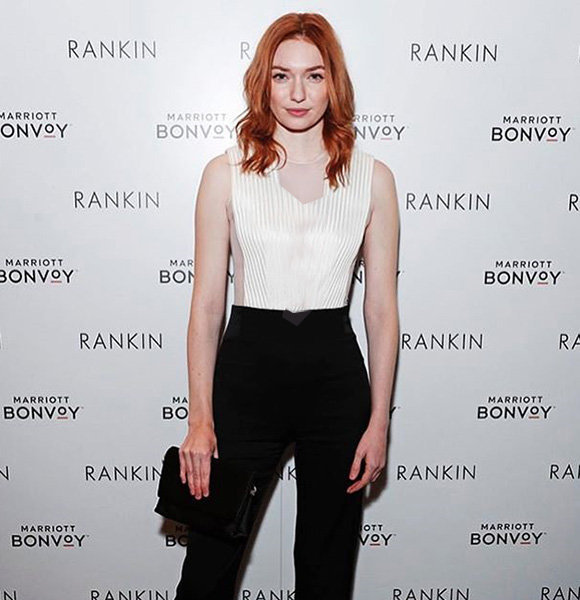 Well, other than that, Eleanor is well known for her roles as Princess Isabelle in Jack the Giant Slayer (2013), Isabel Neville in TV series The White Queen, and Demelza Poldark in the BBC One television series, Poldark.

Her hit songs, especially She Moved Through The Fair, and I’d Pluck a Fair Rose have been playing in Sunday Morning and Graham Norton in 2019.

Eleanor was a busy actress in 2018, as well as in 2019. She played the role of Amy in British TV series The War of the Worlds, which premiered in Canada on 6th October 2019. War of the Lords will be premiered on BBC before the end of 2019. Interestingly, Eleanor portrayed Saic Rebecca Trejo in Squadron 42, which is a single-player campaign set in the Star Citizen.

Eleanor is also remembered as Young Sophie for her part in the 2006 American romantic mystery film, The Illusionist. When in fact, she had already made her acting debut in the 2005 TV movie, Falling.

Is Eleanor Dating? Has Husband?

Up until June 2018, Eleanor was busy in her romance with her Poldark co-star, Harry Richardson. The couple star started dating after Harry joined the show in 2017 and went on a romantic venture as the couple was even seen kissing in Wimbledon.

Sadly, the duo parted after being together for 12 months only in June 2018.

Before Harry, Eleanor was in a relationship with stuntman Ben Atkinson from early 2015 until June 2017.

Actress and singer Eleanor got her skills from her two favorite persons: her mom and dad. Her mom, Judith Hibbert, was a singer while her father, Malcolm Tomilson, was an actor.

Eleanor was born in London, England on 19th May 1992. She attended Beverly High school in the East Riding of Yorkshire as her parents moved to Beverly when she was young. She grew up with her brother Ross Tomlinson, who is also an actor.

From her acting and singing career, Eleanor has a net worth of $3 million.