By LRU Writer | On: March 06, 2018
Elizabeth Cook Bio: From Broken Married Life To Tragedy In Family. Elizabeth Cook, the country singer, grew strong from what she went through. Having the unfortunate incidents of her life pulling her backward, Elizabeth marched ahead with a firm determination.With the release of her new album after six years in 2016, Elizabeth is back tackling all her tragedies on her way. Living a chaotic life and growing to be a different person, Elizabeth has a lot to share. 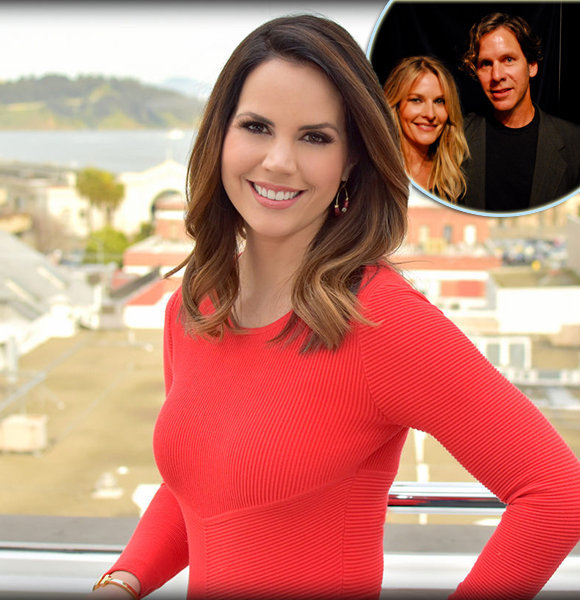 Elizabeth Cook, the country singer, grew strong from what she went through. Having the unfortunate incidents of her life pulling her backward, Elizabeth marched ahead with a firm determination.

With the release of her new album after six years in 2016, Elizabeth is back tackling all her tragedies on her way. Living a chaotic life and growing to be a different person, Elizabeth has a lot to share.

Here are few things mustered up for you along with Elizabeth's bio!

Elizabeth Cook, at the age of 45, not only has a defined tragedy but also a firm belief after growing through it. Her piled up catastrophe makes everyone believe in the strength a man possesses to get through all the troubles.

Elizabeth's latest tragedy, adding up to previous tragedies, comprises of her failed marriage vows that ended in an expensive divorce.

Elizabeth was previously married to her musician boyfriend, Tim Carroll, but the marriage could not last long and ended in divorce.

Elizabeth, in an interview with HuffPost in 2014, gave away the fact that they were divorcing:

However, the duo hasn't opened up about their marriage and their divorce dates. Nevertheless, for Elizabeth, who has had her share of experiencing the brutal tragedies beforehand, divorce might not have caused her the extensive pain.

Previously, she was diagnosed with a "chemical imbalance in her brain" which resulted in her spending time in rehab. Not just that, Elizabeth even lost her dear mom back in 2008, and her father's death in 2012 just added a piece of grieve on the pile.

Moreover, she also had considerable changes in her business, as she cut off her ties with her manager and agent.

However, her setbacks couldn't hold her back much longer while she radiated forward with her new album.

While sharing her thoughts with HuffPost back in 2014, Elizabeth shed lights on what her coming day comprises of, stating:

“Todd Snider has sort of been my, I don’t know, boss of the moment and mentor, and so I’m writing stuff and playing it for him. He’s got a lake house. We’re working on stuff out there. I’ve got three or four other recording projects going. Acting stuff going. Touring stuff going. A lot of personal life stuff going.”

Surely, a new beginning for the singer after rising through all the tragedies!

Elizabeth was born on 17 July 1972 in Wildwood of Florida in a musical family. She is the youngest of the eleven children raised together by her late parents. Elizabeth always had music around while growing up, as her mother sang on local radio and played guitar and mandolin, while her father, who was a native of Georgia, had his nerve for country music.

Her parents, while dating, played together in a band before exchanging marital vows. No wonder, Elizabeth succeeded pursuing her career in country music as it runs in her veins.

Eventually, Elizabeth moved to Nashville in her twenties where she landed a publishing deal. Elizabeth then made her debut at the Grand Ole Opry in March 2000 when she released "Sometimes It Takes Balls To Be A Woman."

Meanwhile, her shining career provided her with colossal recognition and tour opportunities. Talking about touring, Cook has her tour dates lined up starting from March 15 until May 20, so grab your tickets before it gets sold out.