By LRU Writer | On: February 12, 2018
Emilija Baranac Personal Life Details: From Parents To Dating Affair. The beautiful Emilija was born in Vancouver, Canada on August 4, 1994. Emilija Baranac does not disappoint her fans as she is very rolling about her dating affairs, and she does not hesitate to share her love and her boyfriend to the public. 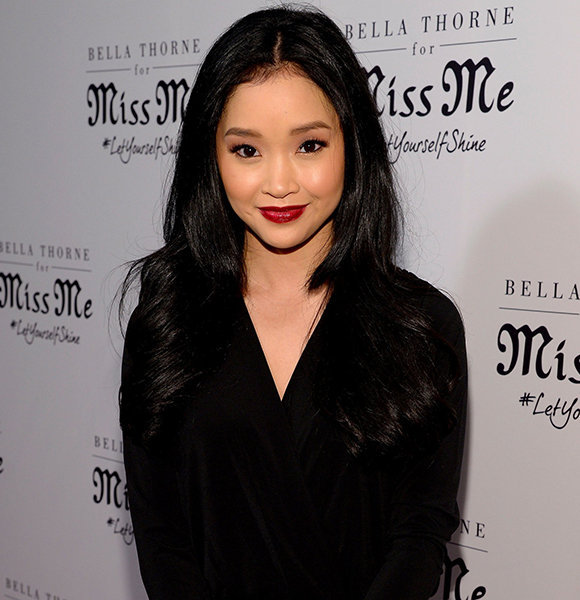 Social media has been the most feasible platform for the fans to know about the personal lives of their favorite celebrities. In the recent years, Instagram and Twitter have become the most popular platforms that act as the news portals, offering a peek at personal life and dating affairs of a celebrity.

The scenario holds true for the fans of actress Emilija Baranac, as her personal life and dating affairs are vividly visible on her social media as well.

The actress does not shy away from expressing her inner-self out to the public, and we now take a quick look at the bio of Emilija Baranac, which covers everything from her parents to dating affair!

The beautiful Emilija was born in Vancouver, Canada on August 4, 1994. Although her nationality is Canadian, she is Serbian by ethnicity, as both her parents were born in Serbia but later moved to Canada.

The details about her father have not been disclosed, but she does flaunt her mother, Mira, often on her Instagram. The actress took the liberty to express her gratitude towards her mother on Instagram accompanying it with a cute picture of the young Emilija with her mother.

Talking about the inception of her acting career, Emilija had a talent agent when she was just 9 years old. She later started her acting career in 2010 with short movies like Gratuitous, Wash Your Hands, and Inversion/Invasion.

As of now, she has already been a part of some incredible series, namely Beyond and Riverdale, and the upcoming movie To All the Boys I've Loved Before.

Because of her phenomenal acting skills on camera, she has been able to gather a huge fan base. As a fan, we understand if you want to know about the personal life and dating affairs of your favorite celebrity.

Emilija Baranac does not disappoint her fans and is very rolling about her dating affairs, and she does not hesitate to flaunt her possible boyfriend, Issey Taylor to the public.

Although she has not spoken about it in public, based on Emilija and Issy's Instagram post, it seems like they are more than just good friends.

The couple is very fond of each other and is taking their romance to a whole new height, flaunting each other out to the followers.

Emilija Baranac is not the only one who flaunts in social media as Issey is no different than her. His Instagram, too, is filled with his possible lady-love.

Take a look at another one!

Emilija Baranac might not talk about her dating affairs in public, but she and her possible boyfriend are not reluctant when it comes to showcasing one another and their romance to the public.