By LRU Writer | On: September 18, 2017
Is Emma Willis Pregnant? Talks On Renewing Wedding Vows On 10th Married Anniversary. Most of the girls out there have spent their childhood watching and hearing fairy-tale love stories. Some of those ladies might be waiting to enjoy a fairy-tale love life while some of them are already enjoying it. Well, many public figures make us believe that fairytales do come true. In this regard, we will be enlightening the love life of the very gorgeous and talented Celebrity Big Brother’s host Emma Willis. 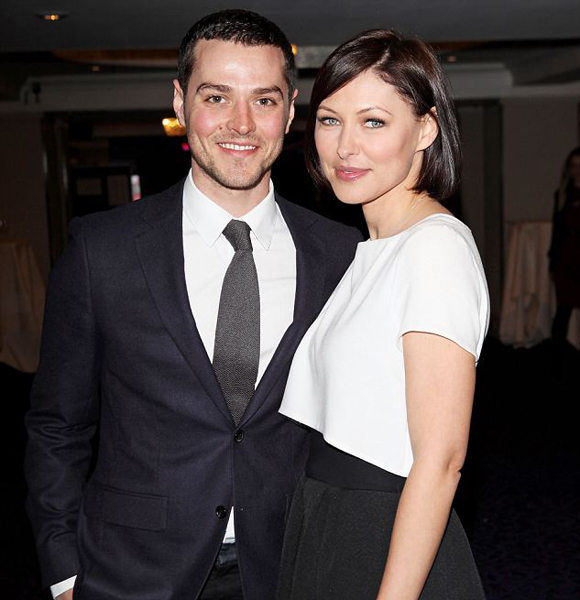 Most of the girls spend their childhood watching and hearing fairy-tale love stories. Some of those ladies might be waiting to enjoy a fairy-tale love life, while some of them are already enjoying it. Well, many public figures make us believe that fairytales do come true.

In this regard, we will be enlightening the beautiful love life of the very gorgeous and talented Celebrity Big Brother’s host, Emma Willis.

Emma Willis is a very familiar face, and she has marked her place in a number of shows over the years with her amazing presenting skills. You might have noticed her in The Voice and Celebrity Big Brother, but do you know about her life behind the cameras? Here are all the details you need!

Emma Willis Is Fortunate In Love!

Emma has been enjoying a blissful married life with her long-time boyfriend-turned-husband, Matt Willis. The pair first met when Emma was working at MTV and Matt was in the boyband Busted.

They started dating officially in 2005 after their friendship began to grow into something more, during late 2004. Matt, who is seven years younger than Emma, proposed his lady love in 2007 after spending two years together. They got married in 2008 at Rushton Hall, Northamptonshire.

Emma shares three children together with her husband, Matt. The couple welcomed their first daughter, Isabelle Willis, in June 2009, the second child, a son named Ace Willis, in November 2011, and their third child, a daughter Trixie Willis in May 2016.

By the age of forty-one, Emma Willis is already a proud mother of three kids, who she likes to keep away from the spotlight.

People also tweeted as a jape, while Emma wowed us in a tight-fitting orange dress. It seems that Emma has been sticking to a strict fitness scheme despite having a busy schedule.

Moreover, Trixie will be the last baby for Emma and Matt as she has revealed that she is done with pregnancies and conceiving babies. Emma said-

“I don’t think Matt would ever let me tell him any such thing. Three’s a good number. We’re outnumbered officially. Three’s a handful.”

Plans On Renewing The Wedding Vows.

The forty-one-year-old presenter Emma has revealed that she's planning on renewing her vows to Matt Willis on their 10th wedding anniversary. However, she hasn’t announced the wedding date, but she revealed that her eldest daughter would be her bridesmaid.

Emma, who enjoys the net worth of £2 million, said-

“ I want to go back to where we got married, renew our vows and have a wedding party where everybody that attends who is, or has been, married, wears whatever they got married in.”

Emma, who is going to exchange vows with her loving husband Matt at their original wedding venue, Rushton Hall in Northants, further added-

Aren’t you excited to see Emma and Matt exchanging their vows again where their daughter will be Emma's bridesmaid?

Stay connected with us for the budding updates on Emma Willis!