By LRU Writer | On: September 08, 2016
The shows 'Bachelor' and 'Bachelorette' connected many hearts, but only a few of them stood the test of time and are still together till present. Ali Fedotowsky also failed to secure a lasting relationship with her connections from the shows. 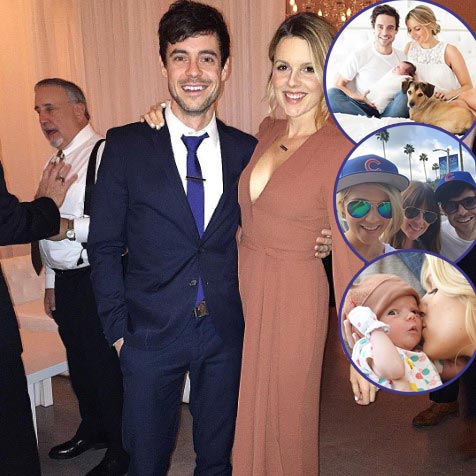 The shows 'Bachelor' and 'Bachelorette' connected many hearts, but only a few of them stood the test of time and are still together till present. Ali Fedotowsky also failed to secure a lasting relationship with her connections from the shows.

Today, learn more about the transformation of the mother. Who is her soon-to-be-husband?

Is she Dating Someone Again? Engaged?

She posted her newly born daughter’s image with a sweet caption on Instagram. The caption detailed that Molly was born on 8:22 am weighing 7lbs 6oz and measuring 22 inches.

The couple couldn’t be any happier. They already have a baby, and still, they haven't decided on getting married.

It will be better if they wait a little more so that even Molly can experience their wedding. For now, the couple seems to be enjoying their life as new parents.

Breaking the News of her being Pregnant?

In January 2016, she broke out the news to us revealing she was expecting a baby. She had revealed about her pregnancy on Instagram with a picture of herself in ‘Mom jeans’ while Kevin looked confused in the blurred background. She also joked on the caption, writing:

“You see, last year, when @kevinmanno & I started planning our wedding, we couldn't find any good ringer bearers or flower girls so we decided to make our own”.

This was followed by series of photos of her baby bump. In January she also told the  US Weekly:

"People always say that pregnancy is a miracle. I had NO IDEA what they truly meant until now. I am in awe by my body every day and blown away at every ultrasound. I think, How the heck did we make that?! How incredible! Oh, wait, I know how we made it. ;)"

Here is one of her Instagram picture where she can be seen posing with a noticeable baby bump.

Radio host Kevin and Ali got engaged in 2015. The former Bachelorette first broke the news on September 3 via Instagram, posing next to her husband-to-be and displaying a big ring on her finger.

She later wrote about the proposal on her blog, "All Things Ali Luvs," "So excited to share that Kevin asked me to be his wife, and I said YES!!! No actually, I screamed yes. Ha!"

Kevin also seemed very excited. He broke the news on Twitter with a humorous line.

.Ali was first spotted with her new boyfriend Manno during a romantic getaway in Nuevo Vallarta, Mexico in July 2013. They were there to celebrate Manno's 30th birthday and were spotted sightseeing, relaxing on the beach, getting the massage services during their stay at the Villa La Estancia Riviera Nayarit resort.

They had started dating since April that year.

Ali Fedotowsky was born September 16, 1984, in Massachusetts, the US as Alexandra Fedotowsky. She first attended the University of Amherst, where she studied for two years until transferring to the Clark University. She graduated from Clark in 2006 with a Bachelor of Arts degree.

She has made a lot of TV appearances. She has been appearing on  ‘Entertainment Tonight’ as a guest since 2010.

She also occasionally visits the sets of ‘The Bachelorette’ (from 2010 until now, was the sixth Bachelorette). She has also appeared on TV series o‘Bachelor Live’ and the TV movie ‘The Bachelor at 20: Celebration of Love’ this year.