By LRU Writer | On: September 25, 2016
Having an extensive experience in government, politics and public relation both on federal and state level, she is also a democratic strategist and a television personality. Today we are talking about none other than, Julie Roginsky who is also a Fox News contributor. 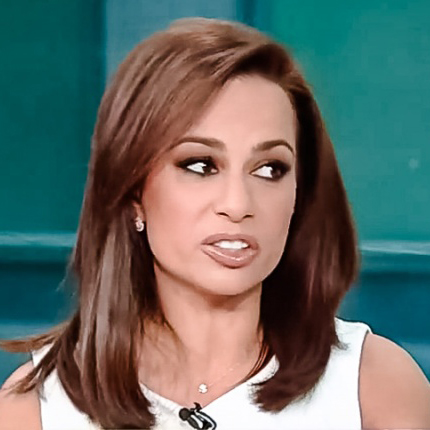 Everything related to the professional life of Julie Roginsky can be found pretty quickly. What we are here for is to know what is going inside her personal life.

After all, personal life has always been an interesting thing to talk about in the celebrity world and when we are talking about her; something just does not add up. Julie has a boy in her life but he is not her husband

Julie Roginsky is single and happy with her four-year-old son at the moment. Now you might be wondering how a single lady has a son. Has she divorced?

She has not ever revealed about any of her past boyfriends. The single mother has been raising a child whose father is a mystery man to the whole world.

Whoever is the father of that child, his identity is totally anonymous to the whole world. She doesn’t seem to be worried about it, though. She appears to be happy being a single mother.

During a group discussion on the Outnumbered co-hosts, Roginsky reacted Tucker Carlson's statement of being with his beloved as often as he could, Julie stated that he was talking with the wrong person and continued, she loves being alone so much that, she never bothered to get married. Her son’s name is Zachary Peter Roginsky. Do you think that the father’s name is somewhere hidden in her son’s name? Only Lord and Julie herself knows that.

We do not know who the father of that lovely child is but what we do know for sure is that Julie will be one hell of a mother and that little guy is lucky to have her as his mother. However, Julie likes to talk about her imaginary husband in her social tweets; we guess she wants to get married someday, but guys don't usually meet up to her expectation. Julie Roginsky was born on April 25, 1973, (age 43 years old) in Moscow Russia but was raised in New York City. She graduated from Princeton Day School and received her B.A and M.A from Boston University. Before television career, Julie was involved in politics. She was hired by Emily’s List to work on the congressional campaign of Dale McCormick.

Later in 1999, Julie was the first woman to manage the New Jersey Democratic Coordinated Campaign. In 2004, she joined Fox News Channel as a Democratic strategist and later was hired by CNBC as an on-air contributor and again was hired by the Fox News in 2011 as an on-air contributor and she has been with Fox News since. Her net worth and salary at the moment is unknown and is under review.