By LRU Writer | On: August 11, 2016
Jenna Lee: From Wimberley Wedding With Lt. Commander Husband To Birth Of Second Baby 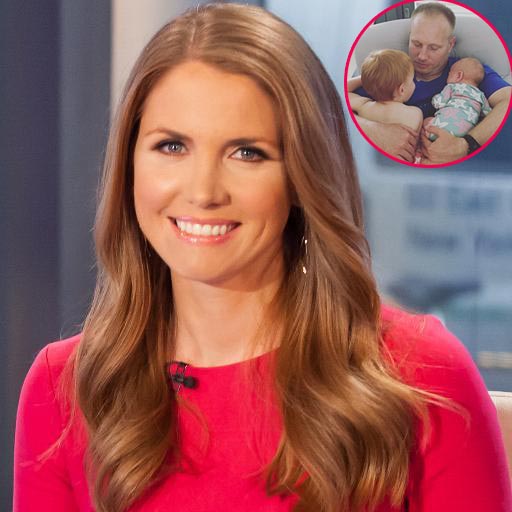 The ravishing beauty Jenna Lee’s wedding with a Lt.Cmdr was definitely the talk of the town. This pompous wedding was one of the high socialites' weddings.The page 3 wedding saw high profile guests flown from all over the world.

Allow me to treat the fans of Jenna Lee with more inside story of this beauty.

Time, date and venue of the first meeting: How did the power couple meet?

On 3rd July 2011, Lee married Lt.Cmdr Leif Babin, a highly decorated former Navy Seal officer who remains a Lieutenant Commander in the US Navy reserve. The couple first met at the 2008 Navy Seal Warrior Fund held at Waldorf Astoria. Having assigned on the same table, both of them ended up admiring each other.

Finding the Lt.Cmdr irresistible, the news presenter called her mom the very night and said her that she met an incredible man in the party, while the commander informed his colleagues that he met his future wife.

Was there the continuation in the story or did it come to a halt? Caption: Lee and her husband spending some gala time after marriage

Having the business cards exchanged, the commander invited the beauty with plenty of dinner invitations, but alas!m he got rejected for weeks. Finally, in December 2008, the blonde beauty accepted his drink invitations. The meeting did miracles for both of them, making them acknowledge their chemistry. As posted on NY times on 2nd July 2011, Bain said:

"From the moment I saw Jenna, I knew she was incredibly special."

The entire scenario of her wedding day: Was she excited or nervous?

Walking down the aisle at the Old Glory Ranch, Texas, the Fox news anchor turned out to be the most emotional bride. The marriage ceremony took place before 225 guests, who witnessed Lee's long-awaited dream coming true. To people.com on July 7th, 2011, she said:

"Walking down the aisle to Leif is a dream come true."

Cinderella’s happily ever after story: Is she happy with her marriage? 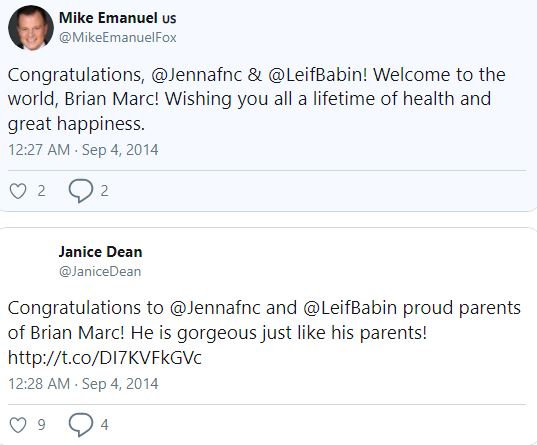 Caption: Jenna sharing the picture of her her new-born baby on her Facebook

Baby girl along with her brother and father

...we are so lucky you are our daddy...& I'm in awe of you as a father... we all love you very much ...#happyfathersday to the greatest...@leifbabin

The power couple seems to have a strong bonding filled with love, care, and affection. The lovely husband and wife seemed to be blessed with children and have been living their life happily with no room for complaints. The pictures posted on their social media sites shows how deeply they are in love and how much they are engrossed with one another

Jennifer Anne" Jenna Lee" was born on 30th May 1980 at San Fransisco to Janice and Bob Lee. She attended the University of California and graduated in the year 2002 with B.A in English and Social Studies.

She later attended Columbia University and graduated in the year 2005 with a Master Degree in journalism. Lee came into the limelight in the year 2009, when she contributed her wardrobe strategy for the October edition of Cosmopolitan. Later in July 2010, she left the business network and joined Fox News Channel, where she was given an opportunity to host the show " Happening Now" with the renown co-anchor Jon Scott.

She earns a salary of more than $1 million per month whereas she has the net worth of $ 5million US Dollars (estimated).