Frances de la Tour Talks About Her Husband! Has No Thoughts of Getting Married Again? 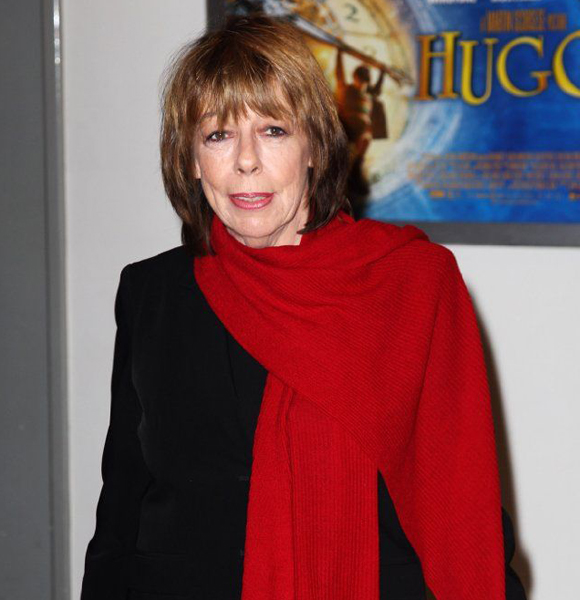 Frances de la Tour is a famous actress who has lit the stage and the TV with her acting prowess for over five decades.

She has played some major roles and has been instrumental in making some of her projects the mega-hits they're known to be.

When we look at her personal life, it is a no-brainer that she once had a husband from the same industry to whom she was married, until their relationship ended in a divorce.

So let us hear it from the iconic and legendary actress herself and know how the two first met, what happened in their married life and if she got married after her divorce from her first husband.

Frances de la Tour is famous for her portrayal of Mother Hildegarde in "Outlander," a show in which she was cast back in 2015 during the show's second season.

She is no stranger to success in her career, as she had already earned Olivier Awards for her scintillating performances in English stage productions: "A Moon for the Misbegotten," "Duet for One," and "When She Danced."

Frances de la Tour was formerly married to a British playwright and actor ex-husband Tom Kempinski even though they did not reveal when they got married and why they got divorced.

Nevertheless, people got informed as to how they first met one another by the iconic woman herself.

In an interview back in 2013, de la Tour revealed the time she and Tom crossed paths with one another.

"I was really independent very young, and got a flat in Notting Hill Gate in the 60s when I was 23. I tended to live on my own, though I had boyfriends. A girlfriend did come to stay; I found her very irritating. Then I met my ex-husband, Tom [Kempinski] and I had my first child there. I was there for about seven and a half years, and I didn’t even know it was swinging, but apparently it was. I thought, “Hang on, they’re walking around in kaftans, can’t blame them.” When Ab Fab was on, my daughter decided that I was a mixture of Edina and Patsy." "I’ve known most of my closest friends from when I was a child, but I couldn’t live with any of them. I think I’m just impossible because there’s nothing about them where I could say that they were irritating. My boyfriends and husband always told me that I was sort of impossible really. But I knew they loved me very much."

De la Tour also revealed that she still was in touch with her ex-husband, Tom. She stated

"I speak to my ex-husband about dying. It’s like we’re on parole, isn’t it?"

Similarly, she was once married to David Godman in 1968, which also ended in a divorce. No significant details about the relationship between de la Tour and David have ever been revealed.

The relationship remains a mystery to the fans and the public.

So does the legendary woman have no further plans to get married?

Frances de la Tour opened up about her will to work until she dropped. In her own words,

“Oh, there is.” It’s a very strange feeling. About five years ago, I remember saying to the children, “I don’t want to work any more, I’m going to stop now, I’ve had enough. I’ve paid my dues. I’ve spent 45 years on the boards, mainly the stage, and it’s a long time."

"Then the next acting job I did I thought, “Well, this is wonderful.” It wasn’t actually so much even just missing the audience; it was the comradeship, it was the colleagues at work. Now I’ve decided that I’m going to work until I drop, because it’s very good for me to go to work. It won’t be a question of whether I will give up work, it will give me up. I’d like to just keep going, even if it’s just a tiny part of an old lady in whatever it is."

Adding on, she has a son and a daughter, who remain out of the limelight. Moreover, when we take a look at her family, she is the daughter of Charles de la Tour and the sister of Andy de la Tour.