Georgina Campbell With Boyfriend Behind Cameras? Her Dating Status Now!

By LRU Writer | On: February 18, 2018
Georgina Campbell With Boyfriend Behind Cameras? Her Dating Status Now! Hollywood is full of beautiful actresses, and one of such beautiful faces is the English actress, Georgina Campbell, who has charmed the audience through her talent and beauty. 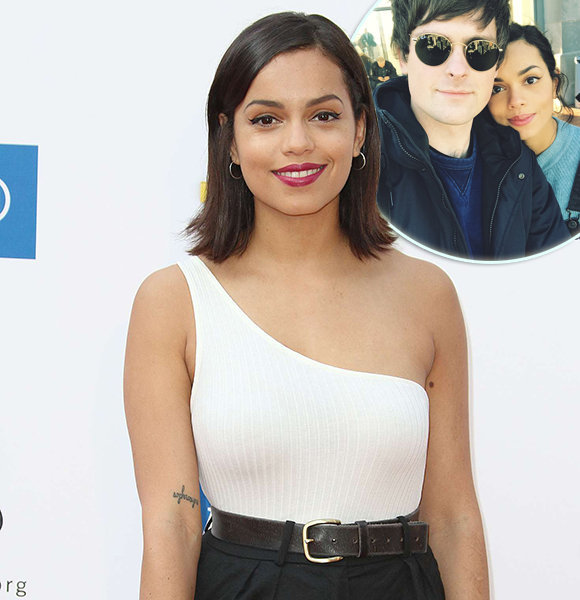 Hollywood is full of beautiful actresses, and one of such beautiful faces is the English actress, Georgina Campbell, who has charmed the audience through her talent and beauty.

Portraying diverse roles in different movies, Georgina Campbell has made her name known far and wide, but her dating affairs do not seem within reach of the media. So today, let's unfold the dating status of Georgina Campbell along with some details that probably missed your eyes!

Does Georgina Campell Have a Boyfriend?

Georgina Campell, who stands at the height of 5’6” (1.68 m), is a highly acclaimed actress who marked the history by becoming the first black actress to win the Best Actress award at the British Academy Television Awards.

Well, the history-making actress’s career may not need any further introduction but, her dating affairs might.

Keeping her dating affairs a secret, Campbell has not introduced anyone as her boyfriend till now. Thanks to the social media, Instagram, however, Campbell’s secret dating life might unfold to some extent.

Back on September 10, 2017, Georgina’s Instagram flaunted an image of her with her possible boyfriend, Tom Speight, an aspiring musician.

That was followed by another picture on December 22, 2017, with the caption:

And Georgina is not the only one to share such images on Instagram. While wishing his followers a merry Christmas in 2017, Speight shared an image where Campbell was spotted resting her head against his shoulder.

Similarly, he shared another image with Campbell just a few days later on December 29, 2017.

Despite sharing the images with one another, neither Campbell nor Speight has made any official statements that can establish their dating scenario as a fact. So, if Tom Speight is Georgina Campbell's boyfriend, we'll just have to wait it out to find out, while enjoying the cute pictures the two share!

Well, it could also be because the duo’s relationship is in the early phase, and they think its like rushing into things to claim anything this soon. However, we cannot rule out that the duo might just be sharing the bond of a good friendship rather than having a dating affair.

Georgina Campbell was born on June 12, 1992, in Maidstone, Kent, England. Although the names of her parents remain confined, it is known that her father is from law enforcement background and mother works as a health and social care teacher.

Georgina was the middle child in the family with the two siblings: Sarah and Ellie.

As for her career, Campbell made her screen debut with a role in the TV series, 'Freak' in 2009. She later went on to work in various highly acclaimed projects and created an impressive career in the acting world.

As for the future, her upcoming project includes “Krypton,” a sci-fi TV series, which is set to premiere on March 21, 2018.

Keep visiting for the emerging updates on the life of Georgina Campbell!