Guy Burnet: With Gay Role, Rumored Girlfriend - Where Does He Stand?

By LRU Writer | On: February 19, 2018
Guy Burnet: With Gay Role, Rumored Girlfriend - Where Does He Stand? Rumors are something that celebrities can't get off with. Again, on the list of being rumored, it seems we have a new name, Guy Burnet. The 34-year-old Guy has portrayed an on-screen gay role in 'Hollyoaks' as Craig Dean with such a realistic acting skill that fans are assuming him as a gay. 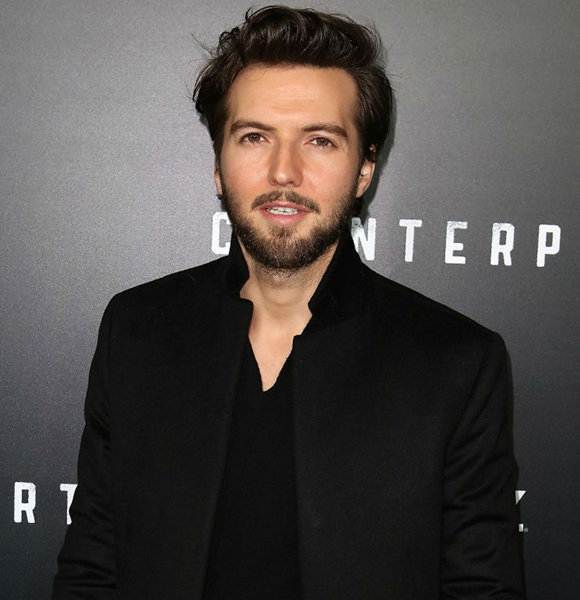 Rumors are something that celebrities can't get off with. Again, on the list of being rumored, it seems we have a new name, Guy Burnet.

The 34-year-old Guy has portrayed an on-screen gay role in 'Hollyoaks' as Craig Dean with such a realistic acting skill that fans are assuming him as a gay.

On the other hand, Guy, who has a mysterious love life is also rumored to have a girlfriend these days. However, nobody knows if he has a girlfriend or not.

Worry not folks! Today we will shed some light on Guy's gay rumors and possible girlfriend to find out where he stands.

Where Does Guy Stand?

The 34-year-old Guy, who played the role of Craig Dean on the Channel 4 soap, appeared on 'Hollyoaks' from 2001 - 2008, part of a widely lauded same-sex storyline with John Paul McQueen. Well, he was involved in a series of nail-biting plotlines as he struggled with the character that he had to portray.

However, in an interview with Digital Spy in September 2007, Guy revealed that it was difficult to play his gay character for the Chester-based soap. He also added that he didn't feel comfortable filming some scenes for the storyline. Realistically, he wasn't comfortable, but he did it anyway giving his cent percent.

Back in 2008, romance had blossomed for Guy and the pop sensation Lily Allen. The pair met during London Fashion week in February 2008, and then they were seen enjoying an intimate moment with Guy in a VIP booth at Vivienne Westwood's aftershow party. The pair developed their bond in no time and even exchanged their numbers. However, the pair never confirmed that they were dating on any of their interviews or social sites. Well, with the romance that was sparked with Lily, it is for sure that Guy is not a gay.

Moreover, some sources reported that Guy was romantically linked with the French beauty, Nora Arnezeder. But just like before, neither of the involved parties provided with an official confirmation.

As for now, Guy has a very mysterious love life so; it's difficult to say if he's dating someone or not.

Before becoming an actor, Guy aspired to become a professional footballer. He attended Queens Park Rangers Soccer School and subsequently undertook trials and played in various locations throughout Europe before returning to London to complete his A Levels. Guy is also an initiate Boxer with a few bouts.

He still plays football and took part in a football match on 2 June 2007, at the new Wembley Stadium before England's first game at the stadium. Similarly, in September 2007, Guy played for England in an England versus Russia charity match in support of the Give Life Foundation.

Guy started his career in theatre and making award-winning short films. He has trained with the acting coach Ivana Chubbuck. Since he has been keeping the details regarding him under wraps, some factual details about him such as net worth and parents are still mysterious like his affairs.