By LRU Writer | On: July 31, 2019
Hanna Mangan-Lawrence...born in London but moved to Australia when she was...Best known for the role of Holly on the popular Australian television...also a gymnast...in 2005 won...married to a best friend...was in a relationship with Chris... 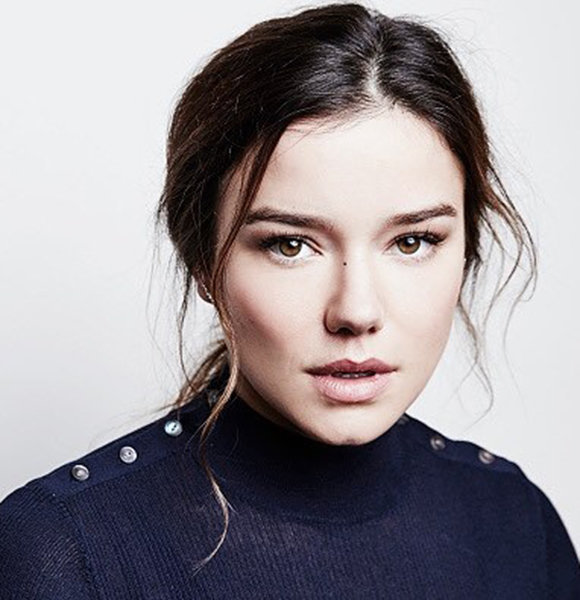 Best known for bringing life to the character of Holly on the popular Australian television series Bed of Roses, Hanna Mangan-Lawrence is a budding actress.

For her role in the TV series, Hanna managed to get nominated for Most Outstanding New Talent for the Graham Kennedy Award and Best Guest or Supporting Actress at the AFI Award.

Besides being an outstanding actress, Hanna also takes people's breath away as a gymnast. In 2005, she competed and won the title of Acrobat of the Year at the Gymnastics Australia National Awards.

Hanna Mangan-Lawrence was born in London in 1991. When she was at the age of one, she was brought to Australia by her family. Afterward, her father, Ray Lawrence, and mother, Maggie Mangan parted ways.

Her father went on to marry a woman named Maddy. From her father’s relationship, Hanna has four half-siblings; brothers named Lian and Reuben, half-sister named Rosene and step-sister, Zoe.

Another Beauty From Australia:- Emily Sears Boyfriend, Net Worth, Ethnicity

As for her appearances, Hanna is a brunette. The English-Aussie actress stands tall with a fantastic height of 5 feet 5 inches (1.66 m). She celebrates her birthday on the 5th of March.

Married, Who Is Husband?

Being a celebrity, most of Hanna’s private life’s details are no longer private. In around 2016, she was tangled in a romance with her Containment co-star, Chris Wood.

However, not even a year in their relationship, the couple ended up parting ways. While there was no confirmation from both the parties, Chris and Hanna deleted all traces of their relationship from their social media.

Nevertheless, moving on from the failed relationship, Hanna found love. And, it was with none other than her best friend, Omar Bastos. Hanna and Omar began dating sometime in early 2018 and tied the wedding knots shortly in December of the same year. Not even a year after their union, on 24 August 2018, Hanna revealed via Instagram that she was going to add a member to their family. The pair welcomed their son on the 7th of March 2019.

Hanna and Omar have named their son, Roman Wilder Bustos.

Hanna stepped foot in the showbiz industry in 2005 with a short movie titled Sexy Thing. But, the actress started gaining prominence in 2008, after her portrayal of Lily in The Square.

Since then, the actress has managed to capture role all around Hollywood Boulevard. One of the highlights of her career with the role of Teresa Keaton in Containment (TV Series) and later followed it with the Australian classic, Red Dog: True Blue.

With her movies and TV shows, the actress has amassed vast amounts of fame in the showbiz. And, along with the stardom, Hanna also enjoys the celebrity payday. Despite the exact figure not being disclosed, she surely earns more than the average of $22K.