By LRU Writer | On: April 02, 2017
Renowned TV personality, Tom Bergeron is a comedian and a game show host. He is most popular as the host of the "21 Day Fix" infomercial, America's Funniest Home Videos, and last but not the least, as the host of the famous reality series "Dancing with the Stars." But did you know that he is married to his wife without not much of publicizing? Who is his wife and what kind of relationship he has with his better half? 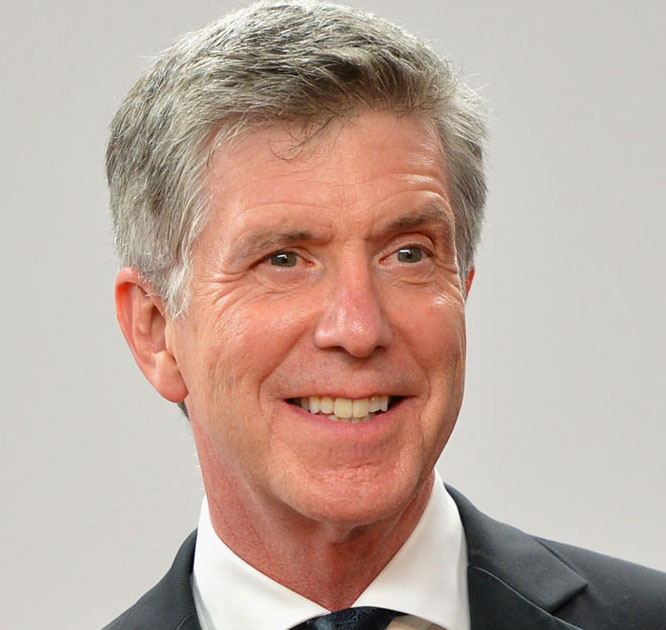 Renowned TV personality, Tom Bergeron is also a comedian and game show host. During his long-standing career, he has been able to accomplish a lot and touch greater heights  But did you know that he is married to his wife without not much of publicizing?  If not, you've come to the correct place.

A Look At The Marital Life of Tom Bergeron:

Tom Bergeron, who usually keeps his personal life far from people often refuses to open up about his marital relationship with his wife, Lois Bergeron. Tom and Lois have been married for a very long time and to be particular, they remain married since 1982.

Moreover, the couple also shares two daughters together, Samantha and Jessica Bergeron, who play the role of making their relationship even stronger.

Although the couple makes public appearances very rarely, they were captured together in a video at the DWTS S14 after party in Beverly Hills.

As per some sources, the family splits their time between Los Angeles and Greenwich, Connecticut. The source elaborated,

"Bergeron has homes on both the East Coast and West Coast. His family is based on the East Coast, which has sometimes factored into his decisions about accepting job offers."

This statement proves his high value for the family, as he is determined to leave the job offers, only to be with his family. Moreover, Bergeron calls his daughters the "lights of his life" and being away from them through professional obligations might at times eat him up on the inside which every father has to go through. Despite the obstructions, he manages to be together with his family as plenty as he can.

Bergeron's Parents And Their Demise:

Not often do you see Tom Bergeron absent from his work, but during an episode of Dancing With The Stars in 2015, Tom was not the one to host the show. The reason, his father Adrian Raymond needing his son by his side due to his ailment. He took Twitter to convey the news of his absence to the viewers and his fans. But when Tom returned to the show, he had some sad news to share, the passing of his father at the age of 81. In his own words,

'My dad loved this show. Never missed an episode, and I'd like to think somewhere that he didn't miss this one.'

But unfortunately, that was not the only loss that Bergeron had to bear as only four months after his father's demise, his mother passed away as well. His mother, Catherine Bergeron died in 2016, and he shared some images of the past to share this travesty.

4 months ago my Mom lost the love of her life. Now we've gathered at her bedside. They never did like being apart.

Went back to my mom's favorite beach to say goodbye (and yes, that's me in the corner of the older pic)

Condolences and sympathy swarmed over the internet, and just before his return to work, he thanked his fans for the support in his hard time.

Rest in Peace to the parents of Tom Bergeron!

Tom Bergeron is well and truly famous for all his TV contributions. He is most popular as the host of the "21 Day Fix" infomercial, America's Funniest Home Videos, and last but not the least, as the host of the famous reality series "Dancing with the Stars."

Fans love the charisma this guy has and he too has not lacked a bit of dedication. As a result, he has been paid with a good amount of salary which helps him accumulate an incredible net worth of $16 million.