By LRU Writer | On: May 03, 2018
American actor Israel Broussard, who is best known for the portrayal of Marc in 2013's drama movie The Bling Ring, timely got speculated to be a gay despite being a man with great looks and personality. So, what's the reason behind those gay rumors and does those rumor hold any truth? 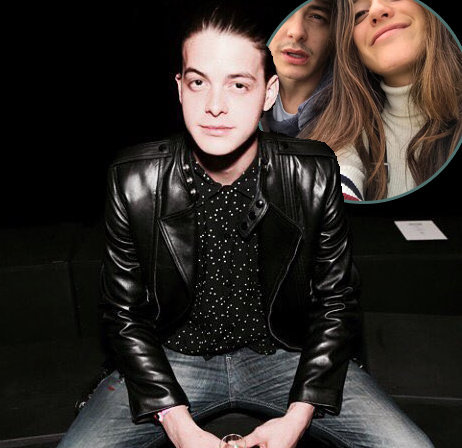 American actor Israel Broussard, who is best known for the portrayal of Marc in 2013's drama movie The Bling Ring, timely got speculated to be a gay despite being a man with great looks and personality.

So, what's the reason behind those gay rumors and does those rumor hold any truth?

Well if you are interested to find out the answers, join us in the following preface where we share all the information regarding Israel's sexuality and personal life to you!

Origin of the Gay Rumors

Handsome Israel till date has accomplished numerous projects including movies and serials in the entertainment world. He has done his best in all the works he has got and tried his best to give life to the character he portrays.

However, one of his roles put Israel in the spotlight. His impersonation of a gay man in The Bling Ring felt so real that it caused quite a buzz in the media as his fans and followers doubted if he was gay in real life as well.

Many of his fans even asked Isreal about his sexual likeness in his social media as well, but Israel chose not to comment, which furthermore fueled the alleged rumors. Israel Broussard in the set of Bling Ring (Photo: pinimg.com)

But speculating at one of the Twitter posts of Isreal, it hints that Israel never planned on playing a gay role. Back on 26 October 2009, Isreal had tweeted writing that he will never go out for a gay role in the screen.

It seems like time opposed Isreal as he played a gay man in the Bling Ring. However that doesn't mean that Israel is gay in real life, In fact, he is straight and even has a beautiful girlfriend in his life.

Well, Israel fairly maintains low-key ness in his personal life as he never speaks of his love life out in public. But the speculation on his social media accounts hints that Isreal is far away from being single.

The first picture of the duo was posted by Israel in his Instagram on 19 December 2017. He introduced his girlfriend to his followers saying that he is her best part.

After two days, on 21 December 2017, Keana Instagrammed a photo with Israel and via the caption revealed they were together on an adventure trip. Moreover, Israel posted a photo with Keana on 25 March 2018, where his face is all sunlight. Through the caption, he wrote that,

that’s just the way you make me feel.

Keana also expressed her affection, while uploading a picture of her and her bae laughing openly and leaning to each other on 29 March 2018. She wrote "warmth" as a caption for the picture.

Well, the couple's affair looks to be going good, and their love seems to be blossoming with each passing day making them unhesitant to flaunt their relationship.

For instance, Israel shared a picture on 1st May 2018, where he can be seen hugging Keana from the back and giving her a "bisous," a soft kiss. While the couple is getting more open about their affiar, they are yet to spill the beans on how they meet and since when they started dating.

Stay with us to stay updated on the life of Israel Broussard!