By LRU Writer | On: January 05, 2020
Australian singer Jack Vidgen rose to fame after being the winner... made his comeback...was spotted locking lips with...was also linked with fellow Voice contestant...when he came out as gay...his supportive parents...in the family...plastic surgery allegations...started his music career at a very young age...net worth as of now... 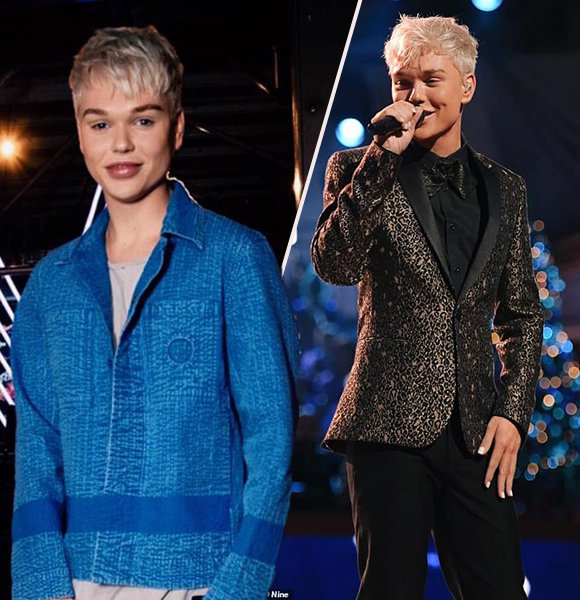 Australian singer Jack Vidgen rose to fame after being the winner in the fifth season of Australia's Got Talent in 2011. After a few years of success in the music industry, Jack took a break from his music career in 2016.

But in 2019, he made his comeback as a contestant on the eighth season of The Voice Australia and turned all four chairs at the blind auditions.

Jack's dating status at the moment is not quite clear. In September 2019, he was spotted locking lips with a German model named Malte Schoschies.

During a wild night out in September, Jack appeared to be very close with the Sydney based German model. Jack Vidgen with German model Malte Schoschies during a night out in September 2019 (Photo: dailymail.co.uk)

A few months before his lip-locking incident with Malte, Jack was also linked to fellow Voice contestant Sheldon Riley.

Further, Jack is a true family guy. In fact, during his public coming out in 2019, Jack opened up about his family's acceptance and support, when he came out to them years ago.

Jack has changed a lot in terms of his appearance since his AGT days in 2011. And the change is somehow believable since he was just a 14-year-old boy when he won AGT in 2011.

But in Jack's case, the drastic change in his appearance has surrounded him with plastic surgery allegations. He has been accused of having gone under the blade to get his current looks. So far, Jack has denied such allegations and insisted that his change is actually because of puberty. Although Jack has denied getting plastic surgery, he has accepted that he has had lip fillers and false eyelashes.

Further, he has also argued that getting lip fillers is not actually a plastic surgery but more like getting a hair cut.

Jack Vidgen started his music career at a very young age. At 14, he became the winner of Australia's Got talent and bagged the prize money of $250K.

After that, Jack released two albums, Yes I Am in 2011 and Inspire in 2012. Both his albums became very successful.

But in 2016, he announced his retirement from music at the age of nineteen. Nonetheless, he surprised everyone after making his comeback as a contestant in The Voice Australia 2019.

Although he got eliminated from The Voice in the semi-finals, he gained a huge fan base again.

As of now, he is set to make his comeback in the reality singing world as a contestant on America's Got Talent: The Champions, which will air in January 2020.

Jack's career in the music industry has rendered him an estimated net worth of $3 million.