By LRU Writer | On: May 16, 2018
Canadian child actor Jacob Tremblay's parents must be so proud of their son as he got critically acclaimed for his role as Jack in 2015's thriller Room despite his young age. More to the pride, his talent has been so appreciated that he is full handed on numerous new projects. 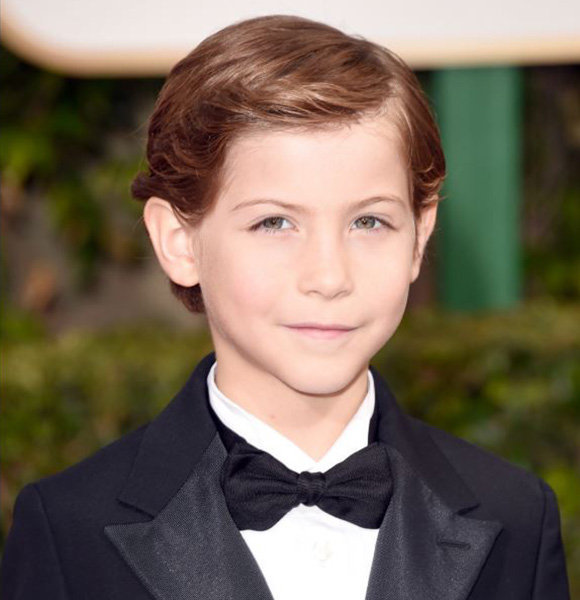 Success is what all parents want for their child. And nothing makes them proud more than their child's success and achievement.

Well, Canadian child actor Jacob Tremblay's parents must be so proud of their son as he got critically acclaimed for his role as Jack in 2015's thriller Room in his young age.

More to the pride, his talent has been so appreciated that he is full handed on numerous new projects. He has even brought his parents and his family to the limelight and made them famous in the entertainment world.

Join in below to get acquainted with Jacob's success story and be familiar with his family!

Jacob already at the age of 11 has conquered a lot of attention and fame that many celebrities long to have. And perhaps, his success as an actor became only possible when his parents supported him on his passion of becoming an actor.

His mother Christina, a housemaker and his father Jason, a Vancouver Policeman attended various events and awards programs to support their son. They even walked the red carpets of the Golden Globes Awards in January 2016 along with their son.

The mesmerizing looks of Jacob's parents caught such huge attention of the media that people started calling Jacob's father 'a hot dad.' Jacob Tremblay with parents at the Golden Globes Awards in 2016 (Photo: toofab.com)

The fame and stardom is a very friendly word for Jacob's family as his both sisters,  Emma and Erica are also child actors. Emma has starred in movies like The Giver and Elysium whereas Erica has appeared in Before I Fall.

Interestingly Jacob, who is praiseworthy in acting, is also very good at sharing out his affection for his family members.

On 17 May 2016, Jacob tweeted to support his younger sister, Erica for her role in the ABC's Imaginary Mary. Saying that his sister has brought cuteness in the sitcom, Jacob quoted himself as a proud big brother.

He even updates his social media accounts with the glimpses of his family time and again, and proves that he is a sweetheart every time. On 22 April 2018, he Instagrammed his old picture along with his older sister, Emma, and wished her a happy birthday as

Happy Birthday to the bestest big sister in the world! I love you @iamemmatremblay!

Jacob never misses tagging his family members on special occasions as well. For instance, on 2018's Mother's Day, he uploaded a picture with his mom and wished her a happy mothers day. Jacob also showed his gratitude towards his mother and quoted, "Love you Smother"

With a supportive family and loving parents, Jacob is at the height of stardom that everyone wishes to be on, and the new opportunities for him look to be never in shortage.

Later, he got his first break in the thriller The Room in 2015. He won the Critic’s Choice Award for his role as Jack in the movie and was even nominated for ‘Outstanding Performance by a Male Actor in a Supporting Role’ at the Screen Actors Guild Awards. Though he didn't win the title, he garnered attention and stardom in the glamour world.

He even starred in the famous movie The Book of Henry in 2017. The same year he also portrayed Auggie Pullman, a young boy with a genetic disorder in the hit Wonder. Jacob underwent extensive hair and makeup process and yet gave an effortless look to his character in the film.

The film amassed a lot of viewers and credited Jacob with another successful project name. Jacob Tremblay as Aussie in the set of Wonder (Photo: dailymail.co)

As for the latest, Jacob has starred at the all-time famous Sci-fiction The Predator that will release on 14 September 2018. Adding, he has already been booked for the next year 2019 as well.

In 2019, Jacob is to star in the movie Good Boys and another project of Pixels that is yet to be given a title. With a hand full of projects in such a tender age, it is obvious that Jacob has a hefty amount of fortune. In 2016, he was reported to have a net worth of $2 Million.

The net worth of Jacob is possibly more than that of now, but the exact digit has not been revealed out.