Jai Brooks Has A Girlfriend After Past Dating Affair Went Sideways?

By LRU Writer | On: January 18, 2018
Jai Brooks Has A Girlfriend After Past Dating Affair Went Sideways? Jai Brooks, a famed YouTuber and a prominent member of the YouTube group ‘Janoskians’ has made headlines few times, be it with his upraising popularity in Youtube or his relationship with the singing sensation Ariana Grande. 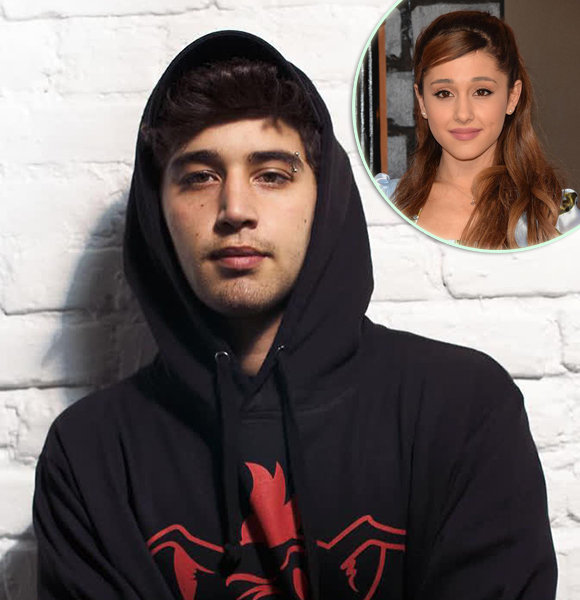 Jai Brooks, a famed YouTuber and a prominent member of the YouTube group ‘Janoskians’ has made headlines few times, be it with his upraising popularity in Youtube or his relationship with the singing sensation Ariana Grande.

He was able to grab plentiful attention with his dating affair which indeed brought him to the recognition of a massive fan base. But now that Jai has already parted ways with Ariana Grande, who eventually moved on finding love in few other guys including Big Sean, Jai's followers are concerned regarding his love life.

So, is Jai dating a girlfriend lately, or, is he not ready for another relationship yet? Let's unfold the mystery down below.

Many people supposedly knew about Jai and Ariana's relationship. Jai and Ariana first met via the internet and began dating in July 2012. However, they didn't meet one another until December 2012.

While they were dating, their romantic union was flaunted all over the internet. Their fans even shipped them with the name 'Jariana.'

But, despite being one of the most loved couples amid their fans, the former pair allegedly split in July 2013 with Jai accusing Ariana of cheating him over Nathan Skyes. However, regardless of having a feud, Jai and Ariana were spotted kissing in May 2014 at the iHeartRadio Music Awards.

Their fans, who were heartbroken by their split, were delighted to know about their reunion; however, the happiness didn't last long as Jai and Ariana parted ways for the second time later that year in August.

The reason as per the reports was Jai's lack of support in Ariana's life when she was going through the misery of her grandfather's death. The end of their relationship even turned out ugly as the family members of both Jai and Ariana was involved in a Twitter backlash throwing shades at one another.

Well, after the feud Ariana moved on from Jai and was reportedly rumored to be in few dating affairs that included 'Victorious' actor, Avan Jogia, Nathan Skyes and few others.

But, Jai, on the other hand, is yet to introduce his followers to a new girlfriend. Jai hasn't talked about a possible girlfriend to his followers, which hints towards him being single. However, him dating a girlfriend away from the media attention stands a chance too.

Jai along with his twin brother was born to his parents, on May 3, 1995, in Australia. Apart from his twin brother Luke, Jai has an older brother Beau and all three brothers dropped out of high school to focus on their YouTube career. Gina Brooks, the mother of Jai and his brothers, is very supportive of what they do and is their manager as well,

The Brooks brothers, who stand at a similar height also share a look that many people have already fallen for,

The Brooks brothers together initially gained fame being a part of 'The Janoskians' alongside James Yammouni and Daniel Sahyounie.