Jake Miller Is Not Gay! Girlfriend Guy But Single – How?

By LRU Writer | On: March 04, 2018
Jake Miller Is Not Gay! Girlfriend Guy But Single – How? The Florida native star, Jake Miller, is an American pop rapper and songwriter who is into this field since his late teens. With his debut album, Us Against Them, he earned enormous fan following. But unfortunately, someone had occupied his heart at that time. 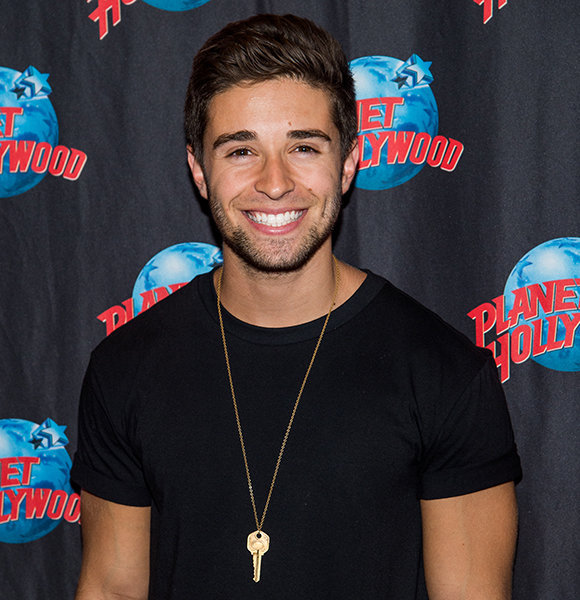 The Florida native star, Jake Miller, is an American pop rapper and songwriter who is into this field since his late teens. With his debut album, Us Against Them, he earned enormous fan following. But unfortunately, someone had occupied his heart at that time.

As of now, the young sensation is heading his way alone. So, do you want to know, what happened to his relationship with his girlfriend? Then, your questions are answered in the below article.

Jake's single, First Flight Home, was about getting back to someone special and that lucky person was none other than his beautiful longtime girlfriend, Madison Bertin.

But, unfortunately, the long route of their romantic relationship, which began as high school sweethearts, ended being a celebrity couple in 2017. Sadly, after the eight long years of relationship, they parted the ways. As the pair parted their ways amicably, the singer claimed that they are still on good terms. On the Zach Sang Show in June 2017, Jake, age 24, explained that he does not want Madison to be with somebody else. He disclosed,

“We still see each other…I didn’t ever wanna see her with somebody else. I’m not saying I’ll never get back with her. I have no idea. I kind of hope so. That’s the goal.”

He further said that he wants someone to go to dinner and to take out to the movies.

Prior that, Jake talked about his relationship status when he stopped by the Dunkin Donuts Iced Coffee Lounge. Jake, who revealed that he has been single for the first time in eight years, gushed,

"This is the first time that I'm really been able to draw a  motion from that kind of space and I'm been very surprised at how easy it is to like write a real raw song kind of writes itself when you're like in a little bit of a darker place."

He further revealed about his emotional project by saying,

"I mean a lot of the songs come from me either overthinking or missing my ex or whatever. It's definitely a more emotional project."

Do you know that Jake thinks himself as a "girlfriend guy" after his broken relationship?

Well, the 24-year-old rising pop star seems to be a gay rights activist. Jake extended his support by attending his cousin Michael and his husband, Matthew's wedding in October 2015.

The singing sensation is also into the modeling industry, but he claims that modeling doesn't captivate him as much as music does.

Well, even after his debut album, he left on a nationwide concert tour in support of the album back in 2013. Likewise, he released his seven songs EP titled, Overnight in the Fifth Harmony's The 7/27 Tour(2016).

American Rapper Us Against Them First Flight Home Madison Bertini