Jake Mitchell - 18 And Single! Here's What His Ideal Girlfriend Looks Like

By LRU Writer | On: January 30, 2018
Jake Mitchell - 18 And Single! Here's What His Ideal Girlfriend Looks Like Every individual has his/her preferences when it comes to choosing a partner. So, it's not a surprise when the famous YouTuber Jake Mitchell says that he looks for certain qualities in his girlfriend-to-be. 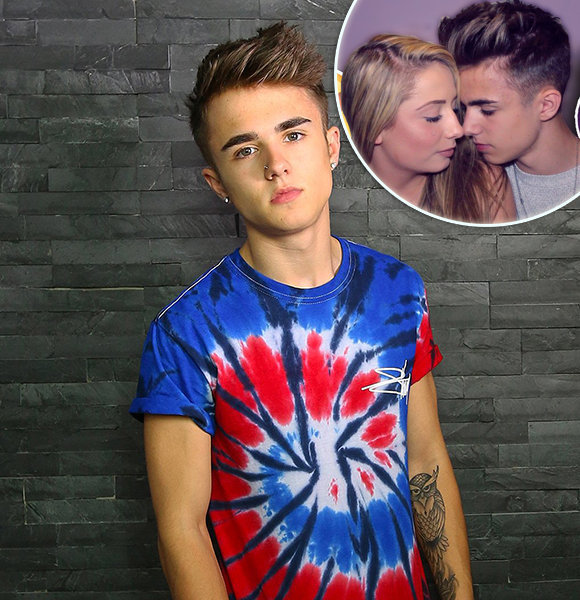 Every individual has his/her preferences when it comes to choosing a partner. So, it's not a surprise when the famous YouTuber Jake Mitchell says that he looks for certain qualities in his girlfriend-to-be.

If you have ever fantasized about being with Jake and further even wished to be his girlfriend, well you got a chance to check if you match the qualities of his ideal girlfriend as the teen has openly talked about the qualification he needs in his girlfriend.

So, let's dive to know about his preferences in the segment below.

The famous Youtuber Jake Mitchell, age 18, candidly talked about the qualities he seeks in his partner via one of the videos on his YouTube channel Jake Mitchell. The footage Jake uploaded on November 24, 2017, under the title "Exposing My Girlfriend" captures Jake speaking about his ideal girlfriend.

Jake said that the video was solely a dedication to his fans who wanted to know what he looked for in a girl. So, he shared the five important qualities he needs in his potential girlfriend.

Caption: Jake Mitchell speaks about his idyllic girlfriend in video "EXPOSING MY GIRLFRIEND... " (Published on Nov 24, 2017 )

In the video, Jake said that he first wants his girlfriend to be good in both looks and personality and uttered a fact on how vital attractiveness is to maintain a good character. He said,

People always say it’s about the personality and not about looks, fair enough, it kind of is but at the same time you’re not gonna get to know that person’s personality if they don’t look good, that’s always the first thing attractiveness and personality.

The next thing Jake wants in his partner is 'Ambition.' He stated that he is looking forward to having a girlfriend who has determined goal and passion in life and who works hard to have her dreams come true.

Adding up, he said that his love-to-be should have a good dressing sense. Not necessarily a fashionista but still the one who knows how to look after themselves.

He even said that it would be fun to have a girl who is into traveling just like him, Jake explained,

If I have a girlfriend for example and she just likes staying at home, she likes staying in her hometown, yeah it can work but man, I am always traveling so if they were like coming with me, but they don’t have to come with me but it'd be nice if they came with me and that’ll be nice like just to go travel the world together like obviously filming and stuff.

Jake who openly speaks about his ideal girlfriend was once dating his fellow YouTuber Saffron Barker. The duos were pretty smitten and called themselves "Jaffron.". They even collaborated on numerous videos and flaunted their affection in it while earning hearts with their relationship. However, the band didn't last long as two of them separated after about a year of dating.

Besides collaborating with his then-girlfriend, Jake teams up with his sister Eloise Mitchell to make his YouTube videos. His sister is also a social media personality who has amassed over 200 K subscribers on her YouTube channel.

Jake is beautifully supported by his sister, parents and undoubtedly by his fans and followers. The hilarious contents of his videos have helped him garner a lot of attention, and at the wee age, he already has more than 1.7 M followers on his YouTube channel.

Moreover, Jake's past relationship and his quote regarding his preferences in his potential girlfriend should be enough to fend away the frequent accusations of calling celebrities gay when they are not in a relationship.