By LRU Writer | On: August 23, 2018
Jeremih Has A Girlfriend Now? His Previous Dating Affair Didn't Go Well The American Rapper Jeremih can elaborate the above outline better, as he went through intricated situation after he failed to make his relationship long term. Let's get acquainted with his past dating affair while finding out if he has a new one or not. So without further ado let's get started! 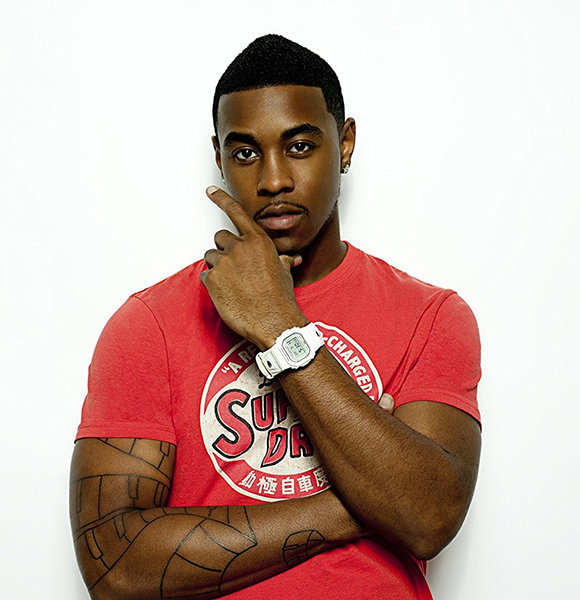 The things that need to sustain the relationship are not only romance, candlelight dinner and walk along the beach. Indeed one should respect, compromise, care and trust each other too.

The American Rapper Jeremih can elaborate the above outline better, as he went through intricated situation after he failed to make his relationship long term.

Today, let's get acquainted with his past dating affair while finding out if he has found someone or is still on the hunt!

Jeremih Had Failed Relationship in His Past; But Did He Move On?

Jeremih, who got breakthrough by his songs "Birthday Sex" and "Hold You Down" in 2009, was in a dating relationship with 'Black Ink Crew Chicago' star Rachel Leigh. However, Jeremih, who started dating Rachel in 2011, went through a break up after a year of their relationship.

Rachel was pregnant while she was in a relationship with Jeremih, and later on, she gave birth to a son Canyon Grey Felton after their separation.

Later, Jeremih's girlfriend Rachel came up with a resentful comment about Jeremih attitude while they were in a relationship.

"The guy was not supportive at all. We ended up breaking it off before I even gave birth"

Moreover, Jeremih went through a hard time as her ex-girlfriend claimed him to be a deadbeat which indeed turned out to be a false claim. Further, Jeremih stated that the mother of his son, Rachel even attempted to replace him as the father of thier son with Rachel's ex-boyfriend, Ryan.

Stating the reason for not being able to see his son, Jeremih stated,

A lot of people don’t know I have a 2-year-old son. His mom wasn’t allowing me to see him, and it was messing with me

Not being able to see their children runs deep for a parent and over the issue, Jeremih took Rachel to court to get the custody of their now five-year-old son and won the case eventually. Jeremih and mother of his son, Rachel Leigh (Liverampup.com)

After that incident, Jeremih was once spotted with a girl named Karlie Redd during an episode of 'Love & Hip Hop Atlanta Season 3.' During the show, they seem to be more than a platonic friend as they were spotted indulging in more than friendly hugging and touching.

While talking with Cleveland’s 107.9, Jeremih opened up about the incident which happened in an episode of Love & Hip Hop Atlanta Season 3.

"I’m just there. I was just helping out. I was helping her out with the record. Karlie Redd, she the homie. I’m glad she and Yung Joc are working things out."

The situation might have been planned to make Karlie's ex-boyfriend jealous, or Jeremih and Karlie were in a secret relationship. The matter remains unclear as they haven't addressed it, yet.

Also, he was rumored to be dating the  VH1’s Love & Hip Hop Hollywood star Masika Kalysha. The rumored started to spill after Jeremih commented on her IG post asking her not to reveal not too much to the people. And her reply to his comment indeed hinted some fishy relationship between them. She wrote:

“@jeremih take a closer look babe I have on those nude panties you got me,” while leaving some juicy emoji's in the process.

Well, Jeremih is buying her things and the story about their hook up was first spotted by The Shade Room which believed that the couple is more than friends.

Being a celebrity brings not only the fame but also brings about the rumors of gay and lesbian affairs. Jeremih is no different, and he has been encircled with gay rumors too. However, his past affair must be enough to send the stories down the drain, and besides that, he has not come forth with any confirmation, which tilts the truth of the rumors to the false side.

As of now, he seemed to focus on his career as he announced his 2018's summer tour to North America along with Teyana Taylor.

The tour started on 3 August 2018 and will end on 8 September 2018. But he was removed from the tour from the remaining dates after Taylor wrote in tweets that she was mistreated by the singer. And he dropped out of the tour on 15 August 2018 by expressing his anger over Taylor's tweets but also wished her best for the remaining dates of the tour.

After he walked out of the tour, Teyana brought the mother of Jeremih's son Rachel Leigh on the stage and also Teyana performed and Rachel was standing on the stage.

Jeremih Felton, an American singer, was born on July 17, 1987, in Chicago, IL as the only child of his parents. Jeremih, who is also a  songwriter and record producer by profession, stands at the height of  188 cm.

Jeremih completed his high school at Morgan Park High School. Later, he joined the University of Illinois and Parkland College in Urbana-Champaign. Initially, Jeremih was the student of the engineering; however, he shifted into arts after a semester because of his keen interest in music. He then pursued a degree in the music business at Columbia College Chicago.

In the realm of musical industry, Jeremih's single 'Birthday Sex' song released in 2009, went on to hold #6 rank on the US Billboard 200, which in turn awarded him with the popularity he deserved.