Jessica Clark is Smitten with Girlfriend! Her Partner - The Tattoo Artist 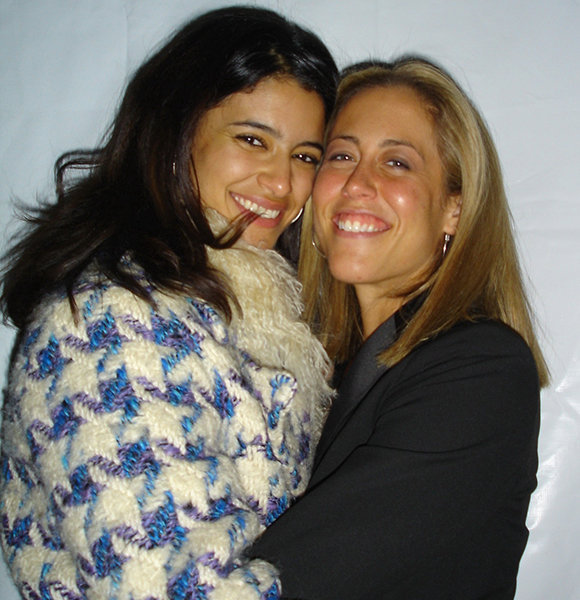 Life is very unpredictable and so is love. You might fall in love and feel that you can spend the rest of your life with the person but with time the decision of marriage could seem to be wrong.

Jessica Clark, the openly gay model-turned-actress knows very well that not every person you fall in love can be a perfect life partner for you.

Jessica has already parted her ways with her long-time girlfriend turned wife back in time. However, she has again fallen in love.

Well, let us help you get acquainted with Jessica Clark’s blissful relationship with her tattoo artist girlfriend.

Jessica has been very open when it comes to her professional career or her love life. She is currently dating tattoo artist Ruby Croak and has been active in flaunting her love life over social media.

Jessica, who is believed to be dating Ruby since 2013, also calls her partner as her wife. However, they don’t seem to be married till the date.

Well, Jessica has also been wishing her lesbian partner on her birthdays by sharing their pictures on Instagram.

Earlier this year in March, she shared Ruby’s picture collage and wished her on her birthday. Further, she also stated that Ruby is her always and forever.

Not only Jessica, but Ruby has also been flaunting her affair with Jessica via Instagram. On July 2017, Ruby shared an image where Jessica was seen kissing her on cheeks.

However, Ruby didn’t forget to thank Jessica and stated that their love had been her foundation for her success.

Jessica, who stands tall at the height of five feet ten inches, is smitten with her new girlfriend. Well, she is blessed to fall in love again after an unsuccessful marriage.

The pair who met at the gym in 2006 and eventually they fell in love and started dating.

After being together for almost four years, Jessica and Lacey got married on February 25, 2010, at the wedding island of Las Caletas.

A year later, Jessica explained her married life with Lacy by saying that it’s been an amazing ride so far.  She explained,

“What I am so proud of is that we are both so determined to love each other and support each other in our professional ambitions as well as our personal commitments. She is amazing and I’m so proud of her, and she makes me happier and laugh harder than anybody else I’ve ever met! And I am very serious so that’s not easy! I love her very much and I’m lucky enough to be able to say that I know she loves me too.”

A year after revealing how blissful her married life is; Jessica, ended her relationship with Lacy with a divorce in 2012. However, the reason behind their separation of the pair is still a mystery.