By LRU Writer | On: January 15, 2018
Jessica Matten Bio: Personal Life of Actress Who Started Career at Young Age! Jessica Matten was born in Alberta, Canada. She is an actress and producer of hit Canadian series like Frontier, Blackstone, and Mohawk Girls. She gained popularity for her portrayal of the black warrior in the most badass way possible in the show Frontier. 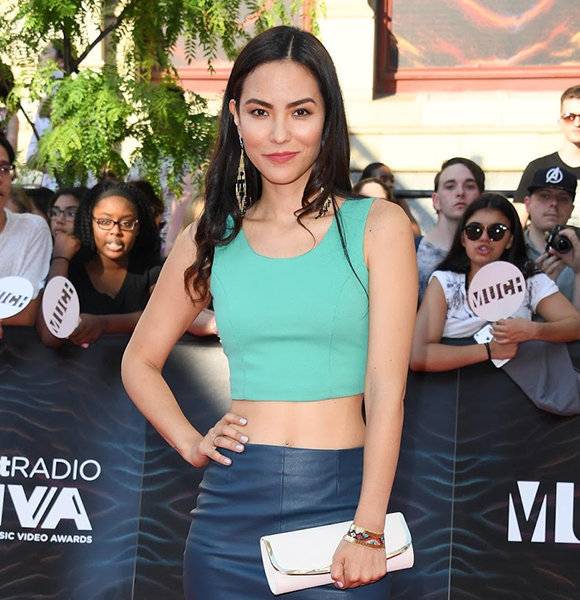 In the world that we live in today, one does not have to be at a specific age to start their career. There are so many platforms and opportunities around that just grabbing the right option can kick-start one's career.

The actress Jessica Matten lived by that rule as she started her career quite early. The multi-talented persona was one of the youngest entrepreneurs to begin her land development business overseas, and there are more abilities to add to her list.

Take a look at her life in a single scoop.

Jessica Matten was born in Alberta, Canada. She is an actress and producer of hit Canadian series like Frontier, Blackstone, and Mohawk Girls. She gained popularity for portraying the black warrior in the most badass way possible in the show Frontier. Caption: Jessica in character for the movie Frontier.

Since the series is slightly rooted towards Canada, the Canadian-actress could not stop herself from spilling her thoughts:

“I was very happy coming on board and hearing they were going to make Canadian edgy. That was a big selling point for me.”

The show revolves around the 18th-century fur trading that consists of female warriors and prostitutes in the male-dominated society.

The show's cast includes many famous names like Jason Momoa who was well acclaimed for his role as Khal Drogo in the hit series Game of Thrones, Landon Liboiron, Zoe Boyle and Diana Bentley. Caption: Jason Momoa and Jessica on the sets of Frontier.

Like her bold and robust roles on-screen, the actress' personal life is pretty much the same. She is very vocal about social issues and spends most of her time promoting positive awareness and creating new opportunities across Canada, especially to Aboriginal youth.

She is an advocate of the indigenous group since she, too, belongs to Métis ethnicity, an aboriginal group in Canada. She also went on record to talk about the heart-breaking experience regarding discrimination.

"The indigenous part of me is Métis, and my family hails from a very racist part of Canada. Growing up, my mother was taught: ‘Keep it hush. You’re light-skinned, so you can get away with people not thinking you’re native.'"

But that did not stop her from achieving the title of the youngest employee to flourish her land development firm overseas. She was 19 years old when she pulled that off, and she even had to remove her braces to look older to deal with her clients.

Her professional life is very loud and clear to the world while the talented and beautiful actress' dating life is quite mysterious. It has not been disclosed if she is married and has a husband or any boyfriend.

Having said so she does share pictures of her with a guy named Brent.

She is flaunting her body in a red bikini along with Brent. But that is not the only picture she shared with him on her Instagram.

Jessica is not the only one who shares pictures of the two. Brent, too, shared a cute photo of him with Jessica.

But neither Jessica nor Brent has confronted anything on that matter.