By LRU Writer | On: February 05, 2021
Jessica Rogan Is Married! Wife Of Comedian Husband Joe Rogan Lives In The Shadows. Joe Rogan is the one who can't be typecasted in a single identity, as he has adapted an extensive career in his life. But Joe Rogan's wife Jessica Ditzel Rogan's identity has been mixed with a couple of celebrities. 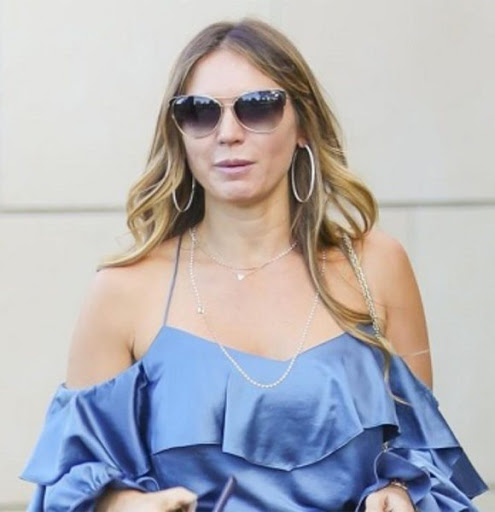 Comedian and UFC commentator, Joe Rogan is the one who can't be typecasted in a single identity, as he has adapted an extensive career in his life. This talented artist is nearing his golden jubilee in age and has created tantamount reasons to be remembered for us.

He is a retired martial artist, television and podcast hosts as well as a stand-up comedian, and most importantly, a husband.

Joe Rogan is the legal husband of Jessica Ditzel, now Jessica Rogan. Most of us may be unfamiliar with this fact and the name Jessica or may know little enough of her. But here we have covered almost everything about Joe Rogan's wife.

Jessica Ditzel Rogan is an American citizen born on 18 July 1978 in Sugar Land, Texas. According to Coursehero, her father's name is Jeff Conrad Ditzel who is a musician performing for the band Ditch Pickles. She had a middle-class family in Sugar Land, Texas but she along with her family moved to Houston, Texas later. As for her siblings, she has an older sister named Trinity Carver-Ditzel.

Jessica Ditzel Rogan attended Doherty High School located in Colorado Springs, Colorado, and graduated in 1993.  And then, she flew to California to attend California State University from where she earned her Bachelor's Degree.

As per the reports of Rollingstone, she had worked as a cocktail waitress in Los Angeles after her graduation. Moreover, we came to know that she met her husband Joe Rogan when she was a waitress.

She got indulged in a relationship with Joe since 2009 and dated for a year.

Joe may be seen making the public laugh and hosting dangerous episodes of Fear Factor, but Jessica mostly lives her life behind the curtains. She is a crew member, who works for different production houses and does everything behind the screen, unlike her husband.

Besides, Joe doesn't speak much about his family and family life in front of the media. He rather loves to spend his time having conversations with the fans through his blogs and websites. Jessica, thus, lives in the shadows, but still, she is renowned for her work in The Simpsons, Hollywood, and Divine: Beauty Secrets Revealed and Howard Stern.

Joe and Jessica share two children, but the names are what they didn't like to share. The family includes the couple and three daughters, in fact; the two from the couple and a stepdaughter, from Jessica's past relationship.

They had their first daughter while they were dating in 2009, and the younger was born two years after the first one. Jessica also has a daughter from her previous relationship. The family is spotted at different places now and then, but Joe, the dad, misses some moments with the family. Joe and Jessica, indeed make a hot couple whom we always want to see together.

Joe has a great physique, and strong personality and his arm tattoos add value to it, while Jessica looks sexy with her slimmer body shape.

Jessica Ditzel Rogan's Identity Mixed Up With Other Celebrities

Some sources have been providing wrong information about Joe Rogan's wife.

With the first name being the same, Jessical Schimmel and Jessica Rogan Campbell are often confused to be Joe Rogan's wife. But that's absolutely wrong. Jessica Ditzel Rogan is the actual wife of Joe Rogan.

Jessica Schimmel, the daughter of comedian Robert Schimmel and Vicki Schimmel, was previously married to Benjamin Katz. Now she is a single parent to two daughters.

The other Jessica - Jessica Rogan Campbell is a model who is married to Sports Car Engineer Rob Campbell.

Joe Rogan's experience in the field of television and radio is just remarkable. Not just that, he is a host, comedian, a Mixed Martial Arts fighter (MMA), and runs a podcast.

His podcast was so famous that Spotify paid $100 million to Joe Rogan to move his podcast from Apple.

Joe with his work and experience has garnered a whopping net worth of more than $100 million.