Jessica Sanchez From American Idol Has Things to Admire Besides Songs! What is it?

By LRU Writer | On: December 26, 2017
Jessica Sanchez From American Idol Has Things to Admire Besides Songs! What is it? Jessica Sanchez, a  Filipino-American singer, and songwriter, who garnered significant fame as a participant in the American Idol, is one among the blessed people. But, apart from admiring her vocals that has made her successful in the music industry, she has other things to appreciate too. 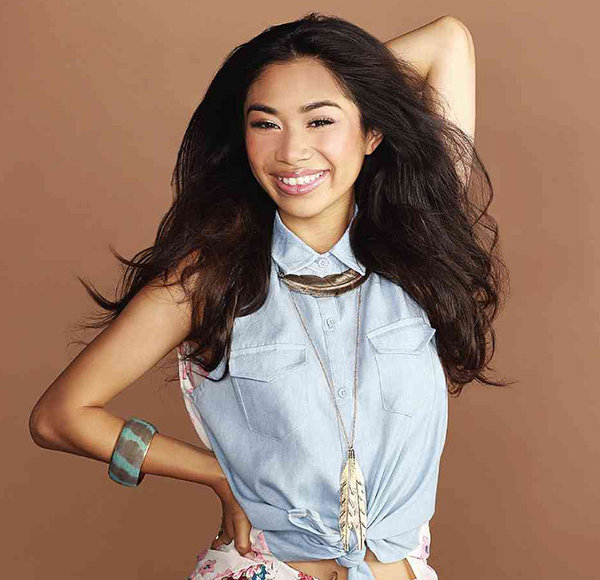 Music has always been a medium to reach through people's heart. And blessed are those, who excel in the very art form one way or the other.

Jessica Sanchez, a  Filipino-American singer, and songwriter, who garnered significant fame as a participant in the American Idol, is one among the blessed people.

But, apart from admiring her vocals that has made her successful in the music industry, she has other things to appreciate too.

Well, curious to know what those things are? Vest your few minutes in the article below.

The season 11 of the singing reality television series, 'American Idol,' introduced its viewers to Jessica Sanchez.

Starting from the audition round itself, Jessica began to impress the judges with her vocals in the songs she performed.

Caption: A glance at Jessica Sanchez's performance in the audition of 'American Idol.' (Published on Jan 21, 2012)

And not to forget, Jessica performing, one of the most difficult songs to sing, Whitney Houston's 'I Will Always Love You' received tremendous acclaims from the judges.

No wonder she ended up being a runner-up on the show with such a magical voice.

Moreover, American Idol not just gave her a platform to showcase her talent and garner fame, but she indeed found love in the contestant of the very show.

Jessica ended up in love with her fellow contestant, DeAndre Brackensick, who also was equally talented and praised for his high-pitched smooth voice.

Jessica took Twitter to announce her relationship with, DeAndre who finished in the 8th place of American Idol season 11. She wrote,

"I got a secret and I want you guys to guess..

DeAndre too made their relationship official by tweeting,

"Me and Jessica are officially dating, Yes Jessica is my girlfriend,”

However, later in November 2012, Jessica made her fans disappointed when she gushed that the duo, weren't seeing each other anymore. When asked in an interview, 'How's DeAndre,' she replied,

"He’s good! We don’t really see each other that much anymore, but everything is good."

Furthermore, though her relationship journey with DeAndre ended, Jessica's was still attached to 'American Idol,' as she made a return to the 15th season of the show in 2016; which was the season finale of American Idol televised on Fox channel.

Jessica opened up talking about her association with American Idol,

"American Idol is such a big platform. It’s been on for so many seasons. I went on the show not thinking I was going to make it that far at all because there was so many talented people that auditioned. I was very intimidated in the beginning. Every single round, I was like ‘I’m probably going to home now.’ It was pretty amazing to me to make it that far. I was completely surprised."

"After Idol, we went on Idol tour and I had amazing opportunities like going on Glee and on Dancing with the Stars. I sang for the president a couple of times. I’m still thinking about it. It amazes me. I have a picture with Obama in my house and I freak out every time I see it. I’m like ‘What the heck? Did that even happen?’ It’s like a dream. It’s been amazing and that happened four or five years ago when I was on Idol. I still get people that come up to me like ‘Oh my god, you’re Jessica from Idol.’ and I’m like ‘Oh my god, you remember me?! That’s such a long time ago.’ But it’s pretty amazing how big of a platform American Idol is."

The reality show indeed brought the best out of her!

Things Jessica Admires Besides Her Songs:

Born on Agust 4, 1999, to parents, Edita and Gilbert Sanchez, Jessica Elizabeth Sanchez is 22 years of age.

Jessica belongs to a mixed ethnicity as her mother hails from the Philippines and her stepfather, who adopted her is of Mexican-American descent.

Moreover, Jessica admires her mom a lot, and she draws inspiration from her mother. Jessica even talked about her mother being an inspiration to her,

"There’s a lot of things like my past that I went through, but I get my inspiration from my mom. She’s such an independent women. She’s so hardworking and she’s always been behind my career. She sacrificed a lot to get me where I’m at. She tries to keep me going every day. When I feel down, she’s like ‘Girl, what you talkin’ about? You got to pick things back.’ She’s like ‘You were born to do this.’ She’s like my mentor. She just pushes me to keep going and just gives me the drive to."

Also, she mentioned her family has been very supportive of her,

“Music has always been my passion. It was not a hobby or something I can take out of my life. My family has been very supportive.”

She further expressed, her family motivates her to keep going,

“I have [experienced failure and rejection] a lot … many times. But my family always told me that I should keep singing. So that’s what motivated me.”

But, apart from her family, she has somebody else to admire in her life now, and it is her boyfriend, Rickie Gallardo.

Jessica who quotes Rickie as her ' favorite person,' seems to be very happy in his company,

Though her relationship timeline with Rickie is still a mystery, they seemingly are a perfect match!