Jodi Balfour En Route To Get Married! Affair With Boyfriend On Fleek 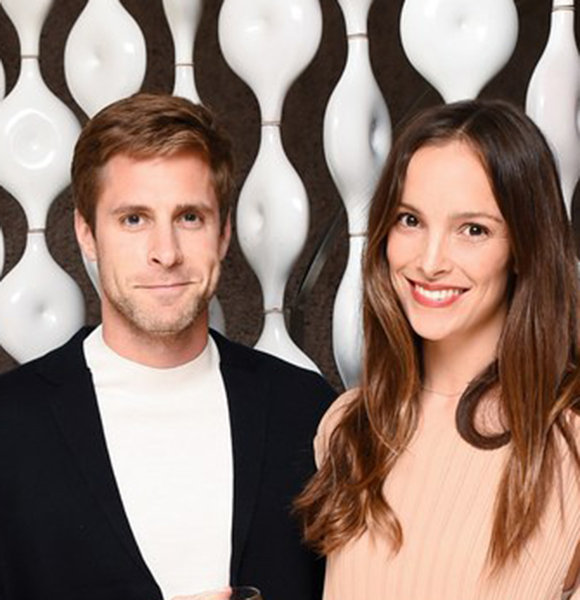 South African film actress Jodi Balfour, who is famously known for her Canadian Screen award-winning role in the Bomb Girls: Facing the Enemy, has a blissful romantic life besides her prosperous professional life.

If you are curious to get acquainted with the life that Jodi shares with her boyfriend in detail, take a peek at the following context!

The beautiful Jodi Balfour is happily in a dating relationship with handsome Alex Ashbaugh, an actor and a writer along with being food and environmental enthusiast. However, the dating history remains unknown to their admirers as the couple had not spilled the beans on how and when they met.

Nevertheless, Jodi and Alex timely flaunt their relationship in their social media accounts by posting adorable pictures and quoting out the affection for each other.

Jodi's recent post with her boyfriend comprises a video that she Instagrammed on 25th February 2018. In the video, the love-birds are in a wedding ceremony in Chicago, and they appear to be happily dancing while holding their drinks.

Moreover, on 19th May 2017, Alex uploaded a picture where he can be spotted holding Jodi's hands during their visit to Pope's old vacation home. Gushing about their humor, Alex, via the caption, claimed that he was laughing at his joke while Jodi rolled her eyes.

Interestingly, not only in real life, but the duo also portrayed the roles as a couple in reel life. In the movie Milwaukee, Jodi and Alex acted to be the on-screen match as Beans and Sam respectively. Moreover, it has come to the limelight that the couple has been sharing a home together for past four years. As of now, Jodi is living with Alex in his house in Los Angeles, and her fans are looking forward to seeing the couple get married and share a husband-wife relationship.

Jodi Balfour, who gained fame through her roles in various television shows, was born in 1987 and celebrates her birthday on 29th October. She was born raised up by her parents in Cape Town, South Africa and.

Jodi got her debut in the world of entertainment at around 2000s. At the time, she co-hosted the South African series Bling.

Later, Jodi studied drama at the University of Cape Town and competed in the 2008's Miss South Africa pageant.

Jodi has appeared in numerous television series including The Philanthropist, The Sinking of the Laconia, Tower Prep, Almost Anything, Quarry, Rellik, The Crown and few more. Later, Jodi got cast on Supernatural, Final Destination 5, Sanctuary and few more movies.

However, Jodi rose to fame only after she portrayed Gladys Witham in television series Bomb Girls along with Ali Liebert, who represented Betty McRae in the show.