Who Is Joe Sugg Girlfriend? His Married Status Amid Gay Talks

By LRU Writer | On: March 04, 2021
Joe Sugg is a name synonym with the English YouTube scene. Joe has managed to...Joe is dating...The pair connected when they were paired opposite each other in Strictly...As a leading English YouTuber, Joe earns decent money from his online content. With millions... 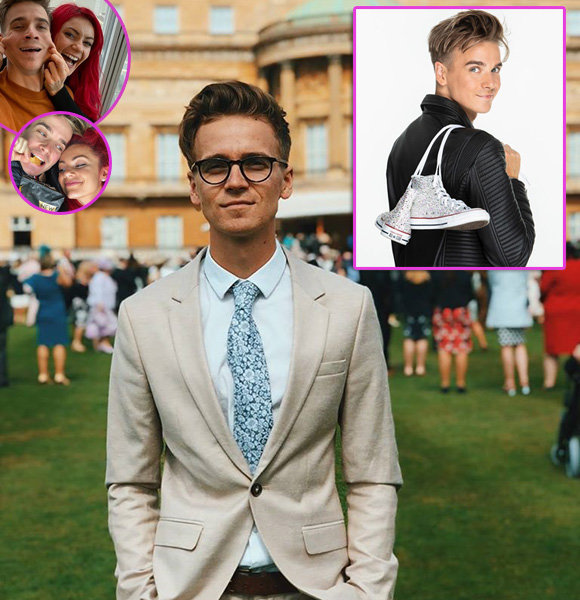 Joe Sugg is a name that sounds synonymous with the English YouTube scene. Joe has managed to win hearts via his main YouTube channel, ThatcherJoe, which boasts over 8 million subscribers.

Amidst his massive success in the social media scene, Joe ventured out to the TV via the reality show, Strictly Come Dancing, in 2018. He is set to return in the Christmas special episode of the show in 2019.

Are Joe Sugg and Dianne Buswell In Relationship? Married Status

Joe is dating Dianne Buswell since late 2018. The pair connected when they were paired opposite each other in Strictly Come Dancing. As Joe and his dance partner came close to winning the trophy in the show’s sixteenth season (they became the runner up), they fell in love. After the show’s end, the YouTuber and his dance partner publicly announced their romantic relationship.

Who Is Dianne Buswell?

Dianne is a bonafide star in the reality show scene. The Aussie born dancer has credits of participating in the Australian versions of the popular shows, So You Think You Can Dance and Dance with the Stars.

Scoop On Dianne's Past Relationship:- Anthony Quinlan Splits With Girlfriend After Months Of Dating! What Is The Reason?

And, as stated earlier, she also participated in the British version of the show in 2018. Further, Dianne is also part of the 2019 season of the famous dancing reality program.

Like Joe, Zoe Sugg is a YouTube superstar from England. Further, the pair have similar names. It is not uncommon to confuse the two as relatives.

Well, let’s clear up the confusion. The Sugg YouTubers are indeed related, they are siblings; Zoe (born 28 March 1990) is Joe’s elder sister.

Know More About Joe's Sister:- How Much Is Zoe Sugg Net Worth? Her Age, Height, Boyfriend

Interestingly, Joe is just a year younger as he was born on 8 September 1991.

What is Joe’s Net Worth?

As a leading English YouTuber, Joe earns decent money from his online content. With millions of subscribers across his three YouTube channels and over a billion views, he has managed to accumulate huge net worth.