By LRU Writer | On: January 22, 2021
American actor-director Jon Malkovich has a chequered career in Hollywood and has been a part of hugely successful movies  Places in the Heart, In the Line of Fire,  Empire of the Sun, The Killing Fields, and Con Air. The Christopher Illinois born actor has had to deal with gay rumors from his early age due to the unconventional roles he played and his alternative career choice. 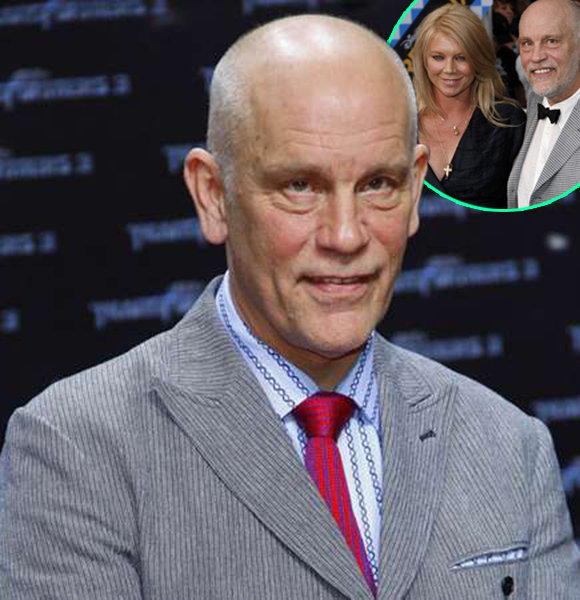 American actor-director Jon Malkovich has a chequered career in Hollywood and has been a part of hugely successful movies, Places in the Heart, In the Line of Fire, Empire of the Sun, The Killing Fields, and Con Air.

The Christopher Illinois-born actor has had to deal with gay rumors from his early age due to the unconventional roles he played and his alternative career choice. However, the actor has not only answered the questions about his sexuality with his deeds rather than words; he is living a peaceful life with his long-term partner.

Career Choices Led To Being Labeled A Gay

Both Jon Malkovich's choices of the roles he has played in his time, and his out the showbiz interests have seen him being labeled as a gay.

A veteran of more than 90 films, Jon's first hit Broadway Burn This was an adaptation of gay identity and relationships staged first in 1987. The play was an icebreaker regarding gay subjects and led an avalanche of plays and movies centered on gay people.

The veteran actor himself admitted once that he could have made a decent career portraying characters of gay poets, such was his convincing portrayal of the sexual minority. He said to NY Times in 1993:

"I've had a bunch of different careers. When I did 'Death of a Salesman' on Broadway it would have been easy to have a career doing brooding sons. Or I could have made a career playing retarded people or gay poets, people I've played. Now I could play bad guys. I don't think I'm easy to type. I don't want to be typed.

The man with various definitions, actor, director, writer, and model in the 2000s chose to pursue another definition which intensified the gay rumors. The actor turned a fashion designer in the early millennium which meant that he was transcending another border with a stereotype attached to it. As they said in those times, only gay men did designing. Jon Malkovich in a still from movie Being John Malkovich which was nominated in three categories at the 72nd Academy Awards (photo:quadcinema.com)

However, the numerous award nominated actor, including the Oscars, Golden Globe, BAFTA was not deterred by those claims and admitted to The Telegraph in 2003 that he had fielded gay rumors from an early age.

He was quoted as saying:

"My brother's friends used to drive by and throw bottles of beer or soda at me. And I've always had gay taunts. We like gay taunts. We aim to please."

Whats more, his first collection line Uncle Kimono, was inspired from a mustachioed Japanese gay man in his 30s.

The gay rumors, however, has not stopped the star having a successful married life.

Blissful Life With A Partner, Married once

The actor is living his 60s now blissfully away from the hassles of the cameras. The notoriously famous actor for his love of maintaining privacy is rarely seen attending awards and attending social events.

He is flanked by his partner of 28 years, Nicoletta Peyran with the two continually rotating between the State and a Provence in France. Whats more the couple even make their wine themselves.

The actor was spotted with his partner taking a leisurely stroll at Soho, NY in June 2017 amid news of the death of his ex-wife Glenne Headley. The glum-looking academy award nominee at one point was spotted being casually stroked in the cheeks to cheer him up. The couple has two children from their union and met during the filming of the movie  The Sheltering Sky where Nicoletta was an assistant director in 1989.

The distinctively voiced actor was previously married to late actress Glenne Headley from 1982 to 1988.