Jose Diaz-Balart with Simple Love to Family! Considers Wife and Children as Life

By LRU Writer | On: January 03, 2018
Jose Diaz-Balart with Simple Love to Family! Considers Wife and Children as Life Jose Diaz-Balart, a Cuban-American journalist, and television anchorman is someone who is very attached to his family despite having a career to look after. Not just that, Jose even considers his wife and children as his 'Life.' 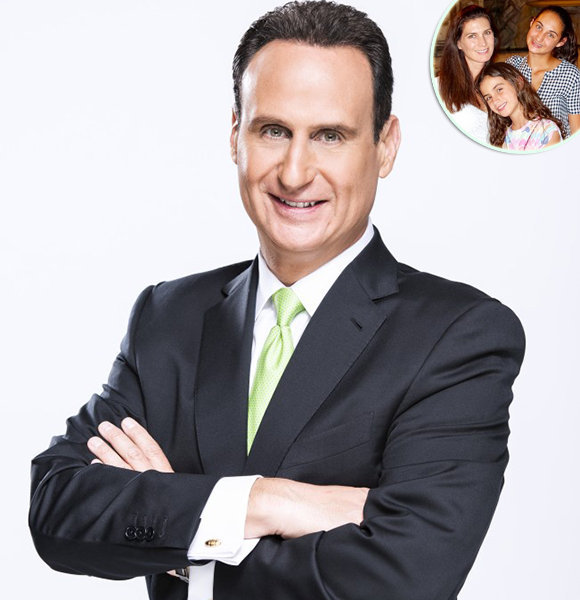 Hustling hard in this competitive world might as well distance people from embracing other aspects of life than work; family being the most prominent one! But, when your love and attachment with the loved ones, is what drives you further in life, you don't miss out on appreciating what you have.

Jose Diaz-Balart, a Cuban-American journalist, and television anchorman is someone who is very attached to his family despite having a career to look after. Not just that, Jose even considers his wife and children as his 'Life.'

Want to have a look at the subtle yet precious love that Jose shares with his family? Keep reading!

Jose Diaz-Balart's Love for His Family:

Jose, who made history in 1996 by becoming the first Cuban-American individual to host a news program, in CBS, called 'This Morning,' has by now reached the appreciable height in his career as a journalist and anchorman. But apart from the passion towards his professional life, Jose has the utmost love for his family.

Jose is married to his wife for 17 years now, and their togetherness has blossomed into a beautiful family along with their two daughters.

Moreover, though Jose is very secretive about revealing the identity of his family members, he often shares his love for them via social media sites. Back in July 2017, he shared a picture with his two daughters, with a caption,

With the help of Jose's tweet, we even came to know that he loves Los Angeles since his wife hails from there. Moreover, he married his wife, nearby LA.

Also, Jose loves spending time with his family as evident through his post from 2017, where he shared the snap of his wife and daughters at Italy.

It must be the support and motivation that he gets from his family that Jose has reached this far in his career.

An award-winning journalist, Jose, who now works as an anchor at Telemundo Network enjoys the net worth of $ 5 million, which indeed must be the contribution of impressive salary that the network provides him.

Talking about his work Jose was the former host at MSNBC morning program “The Rundown with Jose Diaz-Balart.” He left MSNBC to pick up a new role at NBC Nightly News as a Saturday anchor.

Additionally, apart from the happiness and prosperity that Jose enjoys, he has suffered the unfortunate demise of both his parents.