Joseph McFadden Got Engaged; But He Won't Get Married and Have a Wife! Why?

By LRU Writer | On: January 14, 2018
Joseph McFadden Got Engaged; But He Won't Get Married and Have a Wife! Why? The actor Joseph McFadden has been in the spotlight after he and his dancing partner, Katya Jones, were crowned the winner of Strictly Come Dancing in 2017. The duo was able to woo the judges and the audience with their exceptional dancing skills. 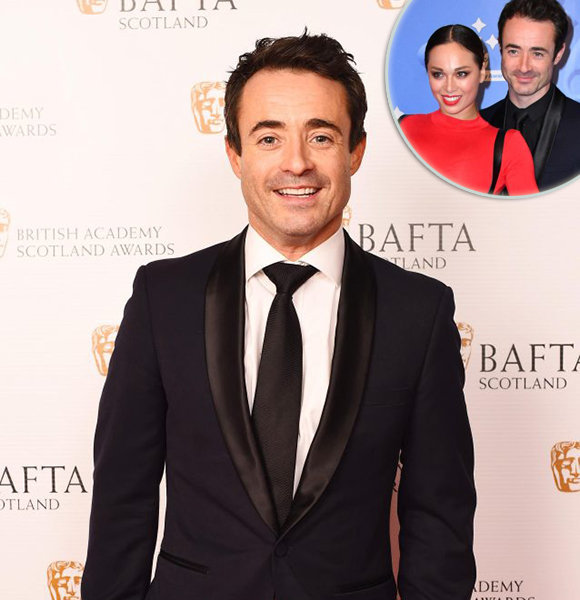 Engagement is literally a step before marriage. It is a way of seeking approval for the wedding from the future bride that often involves a diamond ring and the ultimate question "Will you marry me?".

We are here to talk about the actor Joseph McFadden who recently got engaged to his dancing partner Katya Jones on the sets of Strictly Come Dancing. Joseph had a ring and got down on one knee in front of the massive audience. But there won't be a wedding to attend in the future. Well, thats eerie.

If you want to know the whole story, scroll down to find out.

Joseph McFadden's Engagement: No Marriage in the Future

The actor Joseph McFadden has been in the spotlight after he and his dancing partner, Katya Jones, were crowned the winner of Strictly Come Dancing in 2017. The duo was able to woo the judges and the audience with their exceptional dancing skills. The couple did not only claim the title of the winner, but there was a significant on-screen engagement involved. After dancing, Joseph pulled out the ring from his pocket to which Katya screamed "Yes." Take a look! Before you make any further speculation about their wedding, there is something you need to know. Joseph's dancing partner Katya is already married to professional dancer Neil Jones back in 2013. She is already a loving wife to someone else.

The dancing pair had a big engagement skit on stage as a part of their dance performance. Yup! You heard that.

But the couple shared a fantastic chemistry on-screen and people started speculating if the couple was dating in real life as well, as they were often spotted cozy together backstage. But the rumor was put to rest by Joseph, and he cleared to everyone that it was absurd.

'I found it very flattering that anyone would even entertain that idea but it's absolute nonsense.'

The actor also further added his thoughts on dating.

'Sometimes I have time for a hot bath, but that's about it. I can't imagine having the energy for anything else.'

The aspiring actor was romantically linked with then-girlfriend Mollie King in the past. But the reason behind their breakup was not disclosed. Moreover, he recently confessed that he is single at the moment and it's not that he does not want to date or is gay, he might just be caught up in work.

The actor is popularly known as Surgeon Raf di Lucca in the series named Holby City. However, right before he entered the dance show, his character was killed in the series Holby City. The English actor was raised in Scotland along with his three siblings where his parents and siblings still live.