By LRU Writer | On: December 28, 2017
Every couple dreams of a healthy and prosperous married life. Since life is very unpredictable, we never known when our blissful married life turns into a devastating one. However, life is too short to get disturbed and discouraged because of an unsuccessful relationship. 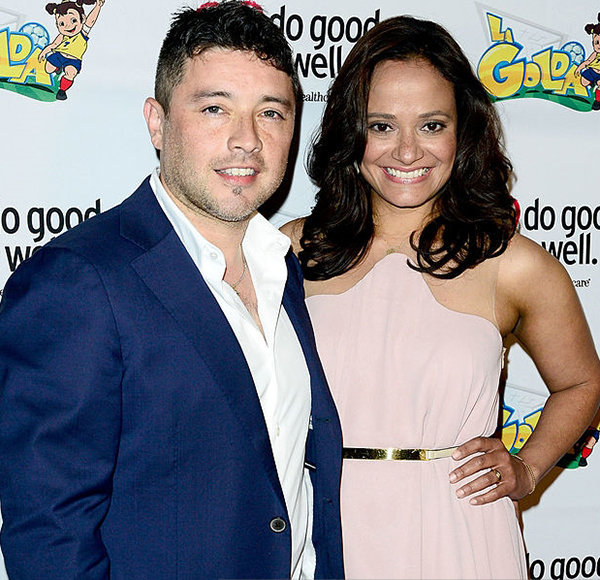 Every couple dreams of a healthy and prosperous married life. Since life is very unpredictable, we never know when our blissful married life turns into a devastating one.

However, life is too short to get disturbed and discouraged because of an unsuccessful relationship.

And no matter how devastating a person’s break-up or divorce was, he/she will still be waiting for that specific person who would make the person forget the past and accompany for the rest of the life.

The Scrubs star, Judy Reyes, is one of those fortunate peoples who has found her soul mate after a failed marriage.

Sometimes, the person whom we get married thinking that he/she is the one for us could turn out to be a wrong decision, later!

Fifty-years-old Judy knows the feeling very well as her marriage could not last long. Judy, who recently portrayed the role of 'Quiet Ann' in 'Claws,' was married to writer/director Edwin M. Figueroa in the year 1997.

However, her marriage couldn’t last more than eleven years. The pair got separated with a divorce in 2008.

Soon after parting the ways with estranged husband Edwin, Judy fell in love with writer/director, George Valencia with whom she worked in ‘Glow Ropes: The Rise and Fall of a Bar Mitzvah Emcee’ released in 2008. Judy was then found to be pregnant in June 2009,  with George's child.

The couple welcomed a daughter named Leila Rey Valencia on November 27, 2009. Judy, who experienced the motherhood for the first time also revealed her plans for new-born daughter. She gushed,

“I hope that she has perspective, a good sense of humor, patience, perseverance, and that she really just hangs in there to do what she s passionate about. And has a dazzling smile like her mom!”

Since then, the proud parents of Leila has been parenting their daughter together. Judy gave a little insight into the likes of her eight-year-old daughter in one of her Instagram post.

Judy Reyes Says Her Husband is a Great Dad!

It is unclear whether Judy and George are secretly married or not. However, Judy has been calling George as her husband.

Earlier this year in June, on the occasion of Father’s Day, Judy gushed over husband on Instagram and described how great dad he is and stated,

“At a loss for words when it comes to describing what a great dad my husband is. Suffice it say that our daughter shines with his guidance, support, enthusiasm and straight up hard work. Happy Father's Day to the most outstanding dad I've ever known. I love you babe.”

Born with Afro-Latino ethnicity, Judy has been very private about her personal life and her relationship with her husband.

She hasn’t talked much about her husband, neither in interviews nor on social networking sites. However, her relationship with her partner seems to be beautiful!