Julie Banderas’ Heading Towards Success With FOX News: no Signs of Divorce With Her Longtime Husband Andrew

By LRU Writer | On: July 17, 2017
America's News Headquarters anchor on Saturdays, Julie Banderas, 42, has been heading towards success without blending her profession with her personal life. She has been climbing the summit of success as an American television news correspondent. It seems that Banderas is giving her cent percent to her profession as she is enjoying the net worth of $12 million. Well, there are many celebrities who have been able to balance both their professional and personal life. Likewise, America's News Headquarters anchor on Saturdays, Julie Banderas, 42, has been heading towards success without blending her profession with her personal life.

Hasn’t her busy schedule disturbed her personal life? Is she sharing a good bond with her husband? Let’s find out. 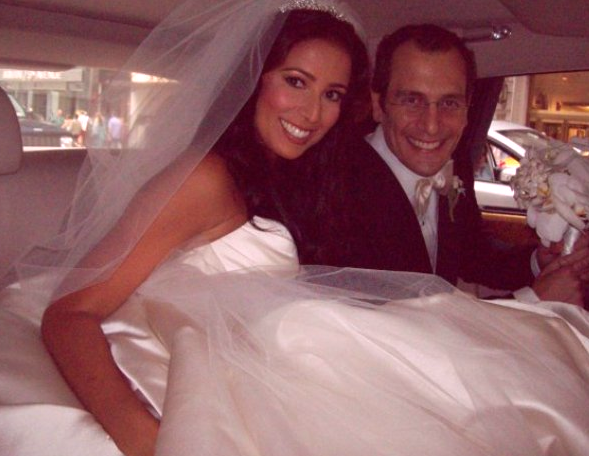 Caption: Julie Banderas and Andrew J. Sansone after their wedding.

Beautiful lady with charming appearance, Julie Banderas was married to Andrew J. Sansone in 2009. She enjoyed her wedding at the Fifth Avenue Presbyterian Church in New York on August 29, 2009. Fox news channel's hottie Julie is using her name Julie Banderas professionally even after her marriage.

Andrew J. Sansone is a member of the board of directors of Habitat for Humanity. He is also a founding president of both Big Apple Channel and Old Rock Media. He proposed Julie for marriage when they were clam digging on Long Island Sound with a message in a bottle. She announced her engagement during an episode of America's Election Headquarters.

Julie and Andrew have three children together; daughter, Addison Melissa (April 21, 2010), daughter, Avery Julie (April 21, 2010), and son, Andrew Harrison (May 9, 2016). The couple has been bound in a marital relationship for around seven years and has no signs of divorce. Julie is happily married and loves her family a lot. Despite being a workaholic with a busy schedule, she manages her time for her family. Julie loves spending her time with her kids. She has been climbing the summit of success as an American television news correspondent. However, she hasn’t allowed her personal life to mix with her profession. She is now happily living with her family in New York City. It seems that Banderas is giving her cent percent to her profession and her net worth is estimated to be $12 million.

“Listen, you don't need to stoop to the level, obviously. I don't care who you are. You don't stoop to the level of that. I mean that's like me scolding my 4-year-old for using a bad word and then me repeating it. That's just not how you run a country or you parent a 4-year-old. I mean I have to be honest, you know, if you see this negative commentary on a show, change the channel. Ignore it. I mean that's what I tell my kids: When somebody's mean to you, don't fight back. Just walk away.”

She further took the example of Ex-President Barack Obama and compared to two stating,

President Trump's actions were caught with allegations of being sexist and misogynstic.  Nicolle Wallace, a former communications director for President George W. Bush even commented about the tweets stating,

"As someone who once proudly called myself a Republican, the party will be permanently associated with misogyny if leaders don't stand up and demand a retraction." and further asked Women in Trump's Administration to speak against their president's unjust words.

Many other notable personalities called out Donald Trump for his words including CNN's Don Lemon.

The anchor of “America's News Headquarters”, Julie Banderas was born on September 25, 1973, in Hartford, Connecticut as the daughter of Howard D. Bidwell and Fabiola R. She is a graduate of Emerson College.