By LRU Writer | On: September 06, 2019
American actress Julie Bowen was one of the dreamy-eyed aspiring actresses when she moved from Rhode Island...Mirroring her sucessful professional life, Julie was in a long marriage with software developer husband...Rumors surfaced that Julie and her husband were living separate lives in 2017... 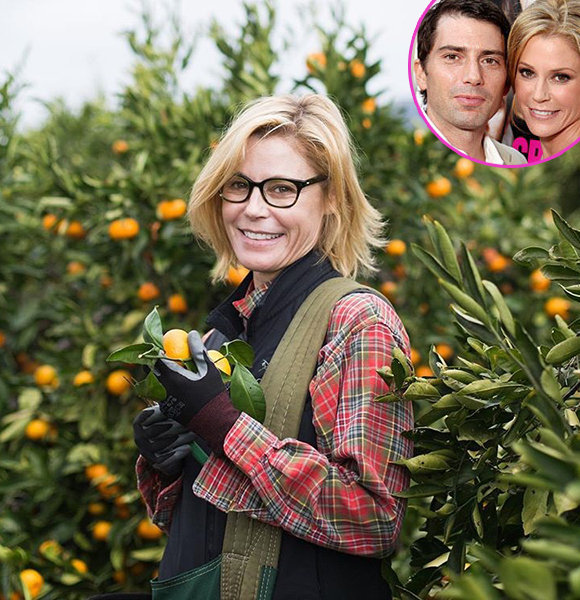 American actress Julie Bowen was one of the dreamy-eyed aspiring actresses when she moved from Rhode Island to NewYork, back in the day. After years of hard work, her career took a sucessful turn as she appeared as the lead’s love interest in the film, Happy Gilmore in 1996.

Post the initial success, Julie started booking TV gigs like Ed and Boston Legal. However, her breakout moment came when she landed a part in Modern Family in 2009. The comedy TV show turned her into a household name and fetched her back to back Emmys in 2011 and 2012.

Mirroring her sucessful professional life, Julie was in a long marriage with her software developer husband, Scott Phillips. The happy couple got married on 9 September 2004. After nearly three years of marriage, Julie and her husband welcomed their first child named Oliver Phillips in April 2007.

The couple surely enjoyed being parents as they welcomed twin sons named John Phillips and Gustav Phillips in May 2009. The Emmy winner was living her life with a husband and three kids. From outside, everything seemed glossy in her relationship. However, the truth turned out to something else.

Rumors surfaced that Julie and her husband were living separately in 2017. Prior to the reports, the actress had gone to 2016 Emmy alone around the couple’s 12th wedding anniversary.

Shockingly, the separation rumors turned out to be true when news broke in February 2018 that the couple had indeed parted ways. It so happened that Julie filed for divorce on 17 December 2017.

The Modern Family actress’ reason for divorce was termed as irreconcilable differences between the pair. Further, she asked for the joint legal and physical custody of the kids.

Despite their heartbreaking split, the couple didn't have a messy divorce. The pair split their $25.3 million assets where Julie got over $13 million while her ex-husband received $12.3 million.

Post the divorce; the ex-couple continue to put their kids first and co-parent them together.

After the news of Julie’s divorce became public, various tabloid reported about her new romance with boyfriend Steven Levitan - co-creator of Modern Family.

Steven was also in the process of divorcing his wife during the period. Further, the alleged report claimed that both individuals grew close amidst their struggles in 2018.

However, the romance news turned out to be false. As of 2019, there is no news about Julie’s active lovelife.

The actress of age 49 enjoys a rewarding career with over 50 acting credits. Among her memorable roles, the main contributor behind her net worth is the hit TV show, Modern Family.

She fetches a whopping $500K per episode from the comedy show. As a result, the actress boasts a net worth of $18 million.