Julie Stewart-Binks Busy To Have Boyfriend And Get Married? Career Reflects

By LRU Writer | On: March 02, 2018
Julie Stewart-Binks Busy To Have Boyfriend And Get Married? Career Reflects. The beautiful Canadian television anchor, Julie Stewart-Binks does not seem too enthusiastic about having a boyfriend and getting married right away. 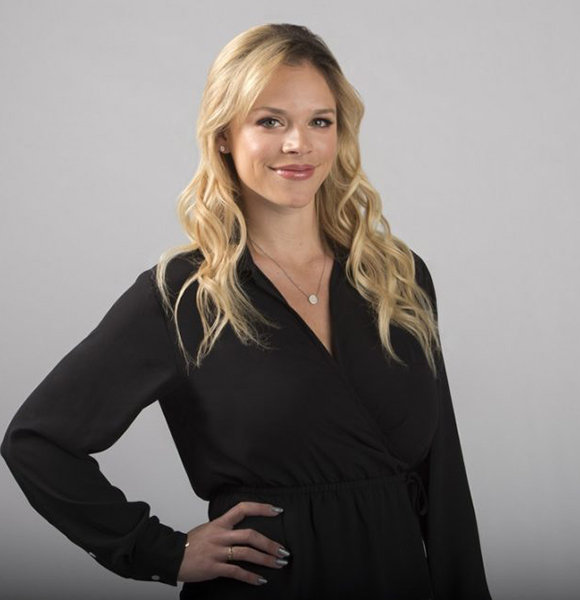 The beautiful Canadian television anchor, Julie Stewart-Binks does not seem too enthusiastic about having a boyfriend and getting married right away.

So, today let's dig into the life of Julie to know about her work and also what's going on in her life!

The Canadian anchor and sports reporter, Julie Stewart-Binks, at the age of 30, does not look interested in wandering on love journey and having a husband, as, forget about marriage, not even the news of her dating affairs have surfaced the media yet.

She appears to be very devoted to her works, and her dedication is solidly reflected on her budding work credit.

Julie started her career in journalism in 2010 as an assistant for the Canadian Broadcasting Corporation and also a reporter for the Toronto Maple Leafs. After only a year, she was hired to the anchor desk by FOX Soccer Channel’s flagship program.

Too excited to keep the accomplishment to herself, Julie took to Twitter in 2011 to reveal that journalism is her boyfriend.

Subsequently, in 2013, Julie got hired as an update desk and news correspondent on-air personality for the FOX Soccer Daily. She became one of the female sportscasters for the channel and, with progress, a regular sideline reporter for the MLS matches.

Furthermore, Julia reported the 2014's Winter Olympic and The National HockeyLeague for the first incarnation of Fox Sports Live. She even worked as a reporter for the Women's World Cup and the CONCACAF Gold Cup.

Julia then joined the sports television channel ESPN as a sideline reporter for MLS and U.S Men’s and Women’s National Team games in December 2016.

It looks like the ESPN alone wasn't enough, for the announcement of her joining the Barstool Sports hit the media on 27 September 2017. Julie took the news to her Twitter account and further revealed the contentment of working with two major sports media.

However, recently it has come to light that Julie will soon be joining the Barstool full-time for the Barstool Tailgate Show that will air live on Facebook.

Close speculation at her budding career suggests that Julie is too occupied to focus on anything else but her job. Though Julie may not indulge in romantic affairs, her social media hint that she does not back away from spending some quality time with her family.

Julie uploaded a picture of her and her brother enjoying drinks on the day of Christmas in 2017 to her Instagram. Take a look!

So, beauty runs in the family!

Julie has been evidently working to garner success in her life, and at this rate, her profession is likely to yield her more success in the future. She must be enjoying a hefty amount of income, too, given her portfolio; however, Julie has not yet revealed the exact amount of the salary at her varying workplace.