Kacie McDonnell Has a Boyfriend Now? Dating Status of Once Engaged Reporter

By LRU Writer | On: January 09, 2018
Kacie McDonnell Has a Boyfriend Now? Dating Status of Once Engaged Reporter. It comes off without a surprise that the anchor of NBC, Kacie McDonnell, who stands at the height of 5 feet 3 inches, is the center of attraction for the quarterback players.The gorgeous sports anchor stole the show when she and her boyfriend, Eric Hosmer, attended the Gold Glove Award ceremony. 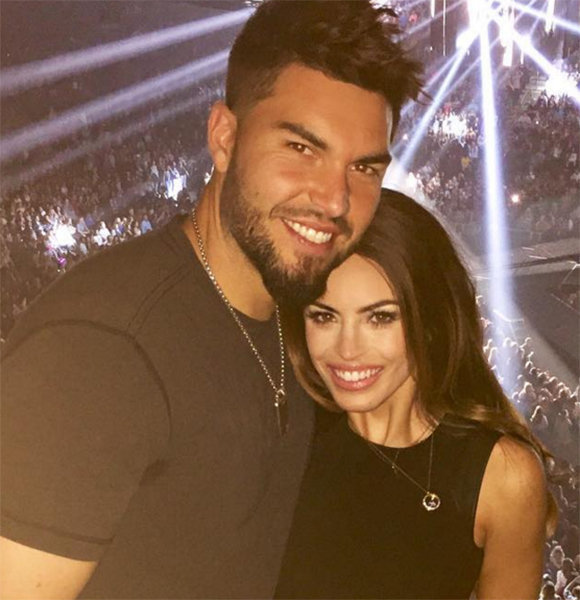 As the saying goes, “Don't let a win get to your head or a loss to your heart.” That is the spirit of a true sportsmanship.

Kacie McDonnell might not be in the sports but the reporter for NBC definitely follows that sportsman spirit when it comes to her love life.

Besides for her striking personality and charming looks, the beautiful Kacie McDonnell has been in the news for her link-ups and mutual breakups with a few quarterbacks. Let's find out about her love affair in a single scoop.

It comes off without a surprise that the anchor of NBC, Kacie McDonnell, who stands at the height of 5 feet 3 inches, is the center of attraction for the quarterback players.

The gorgeous sports anchor stole the show when she and her boyfriend, Eric Hosmer, attended the Gold Glove Award ceremony. The 28-years-old Eric, who has already bagged 4 Gold Glove awards, was accompanied by her beautiful girlfriend Kacie McDonnell and she looked breathtaking.

The adorable couple made their relationship public back in 2015, but they eventually broke up. After putting aside their differences, they started dating again from 2017 and the duo has been setting examples for some serious relationship goals. That is a true spirit of sportsmanship: giving another chance after a failure and coming back stronger!

They often share pictures with each other on Instagram letting their fans know that they are going strong.

It seems like Kacie McDonnell has a thing for quarterbacks because this is not the first time she is linked with one.

Before she met Eric Hosmer, the sports anchor was engaged to the former Georgia quarterback, Aaron Murray. The couple started dating back in 2013 when Aaron was still in his college. Things were working out fine for them until January 2015 when the couple called off their engagement.

I’m loving my career in Kansas City. I’m really committed to being a part of this community for the time being. The engagement is off. I wish him the best, it’s best to part ways. I’m moving on with my life.

Wait, there's more quarterback player involved in the story. Before Aaron, Kacie McDonnell was in a relationship with the former Minnesota Vikings quarterback, Christian Ponder. However, the relationship did not continue long and Christian is now married to Samantha Ponder.

Although Kacie did not confess anything on that matter, McDonnell was also linked to the Phillies pitcher, Jonathan Pettibone, as they were both spotted together in an event.

It seems like Kacie is drawn towards sportsmen for both her private and professional life.