What Is Kala Rama's Age? The Husband and Wife Duo Who Share Moments Of Life With Smiles

By LRU Writer | On: June 12, 2018
What Is Kala Rama's Age? The Husband and Wife Duo Who Share Moments Of Life With Smiles In the world of news correspondents and media anchoring, Kala Rama is a renowned name. She has worked for various channels and stations including PIX11, WABC, WKMG, and it makes her a versatile person in her career. But still, the details of her personal life are something which is far from the knowledge of her fans and admirers. 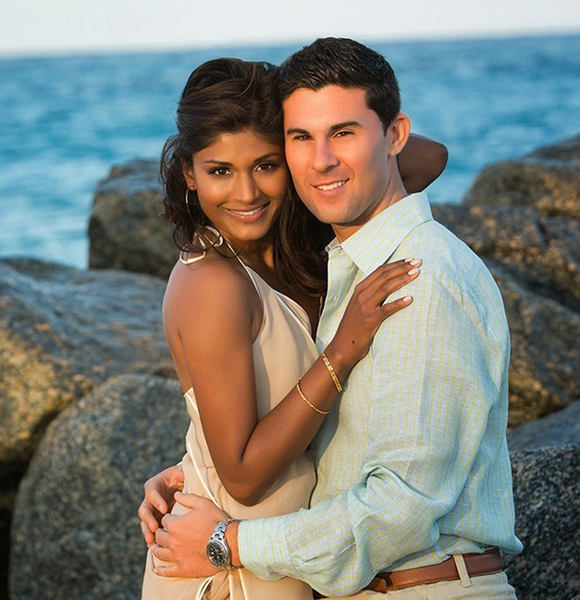 Kala Rama is a renowned name in the world of news correspondents and media anchoring. She has worked for various channels and stations including PIX11, WABC, WKMG and it makes her a versatile person in her career.

But still, the details of her personal life are far from the knowledge of her fans and admirers, even her actual age.

Well, if you are willing to know everything about her, we could be of some help for you today, as we shed some light on the details you crave along with the married life of the anchor with her husband, with whom she spends every moment with a smile on her face.

How Old Is Kala Rama? What Is Her Age?

The life and the nature of media correspondents is a bit on the strange side. They tend to bring out everything in front of the media about others, but they never tend to reveal anything pivotal about their personal lives.

The same can be said about the life of Kala Rama, as she too has been very discreet and confidential about her personal life, keeping even her birthday behind the curtains.

However, Kala Rama was wished on the occasion of her birthday on 8th of July and received plenty of best wishes from her close ones on her special day.

The tweet stated that she was celebrating her 21st birthday back in 2015, but these are what friends do, they tend to pull your legs on your special days. So, uncertainty still hovers around the truth on the matter.

Gratifying Married Life With Her Husband

Kala Rama has been living a happy and blessed relationship with the man of her dreams.

Kala and her partner Anthony DiLorenzo got engaged back in September 2012, and they got married following Indian rituals three years back on 26 April 2014.

Every single moment they spend with one another is a celebration for them.

The journalist celebrated her wedding anniversary of one of her weddings on 24 April 2018. Kala took the moment to Instagram and shared a throwback image of the couple in Indian wedding attire.

Similarly, she celebrated her second wedding anniversary, two days later, on 26 April 2018. She shared a throwback image of her wedding in her Instagram and captioned it as,

"The best walk we ever took!"

For those who are wondering about Kala turning into a mother, it seems like a treat. The journalist is five months pregnant in June 2018 and has recently revealed the gender of the boy on the program, PIX11 Morning News in April 2018. She even took the gender revealing moment to her Instagram.

Kala Rama co-anchors the 5 a.m. edition of the show, PIX11 Morning News. She joined PIX11 from WABC, a channel where she reported for the NY station on every weekday mornings.

Before joining WABC, Kala worked as a reporter and an anchor in Orlando at WKMG, a channel which helped her earn nominations for several Emmy awards, in Charlotte at WSOC and also in Springfield, Mass. at WWLP where her work helped her receive the honorary Associated Press award for Breaking News.

Kala got her start in TV news as an assignment editor in New Haven, Conn at WTNH-TV.

Kala is a native of Fairfield County in Connecticut, and also she graduated from Fairfield University where she bagged a degree in communications and political science.

Did you know, Kala also filled in for Sukanya Krishnan when Sukanya was fired from WPIX? Kala co-anchored the three-hour morning show with Scott Sanford after Sukanya was let go from the show before her scheduled exit.