By LRU Writer | On: March 06, 2018
Kathryn Boyd, 30, And Happily Married To Josh Brolin! Husband Always Gushing The model Kathryn Boyd is happily married to her longtime boyfriend, Josh Brolin who also happens to be an Oscar-nominated actor. The American actor Josh is always enthusiastic about sharing his beautiful relationship in the media. So today we will shed some light on Kathryn and Josh's happily married life! 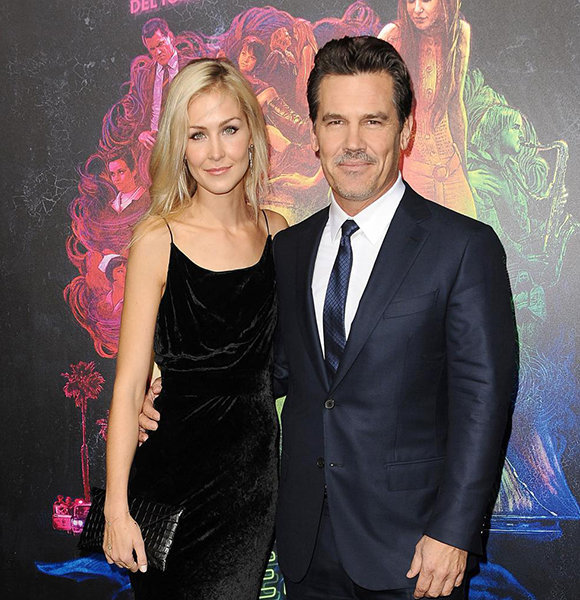 American model Kathryn Boyd is happily married to her longtime boyfriend, Josh Brolin who also happens to be an Oscar-nominated actor. The American actor Josh is always enthusiastic about sharing his good relationship with media.

So today we will shed some light on Kathryn and Josh's happily married life!

Kathryn and Josh got married in a lovey-dovey wedding ceremony in Cashiers, North Carolina on 24 September 2016. According to the US Weekly, the actor Josh and the model Kathryn exchanged vows in front of family members and close friends including his father, James Brolin, and stepmother, Barbra Streisand. Kathryn and Josh as bride and groom (Photo: popsugar.com)

The guest at the wedding included celebrities like popular American actor Bradley Cooper and one of Forbes most bankable actor, Matt Damon. After a month, Josh and Kathryn were spotted enjoying a romantic getaway or honeymoon in Austria. Likewise, the pair also spent a memorable time in Italy during their honeymoon trip. Josh talked about his wedding day and even extended his love; further, he thanked everyone for being involved in his wedding.

Kathryn as well shared that she designed her wedding gown which features a lace from her mother's dress and dramatic train.

According to the US Weekly, the couple got engaged in May 2015. After the proposal was made, the couple went to Cabo San Lucas, Mexico, where they celebrated with a group of friends. An observer told that the couple was all over each other and that they were kissing each other a lot, had their arms around each other.

The couple, Josh and Kathryn also attended the Cannes Film Festival premiere for his movie 'Sicario' on May 2015. Then an assistant turned fiance flaunted the square cut rock, which had small diamonds on the base as they walked the red carpet. Josh had his arm wrapped around his lady, Kathryn and showed her with kisses before they headed into the Palais Des Festivals. Josh and Kathryn began dating in March 2013 after she worked for two years as the star's assistant.

Karthyn has not revealed her personal information including her birthday, parents name and much more. But it is known that she posses white ethnicity and was born to her parents in Atlanta, Georgia, U.S. She graduated from The Lovett School in 2005 and further went to attend the University of Georgia and has a degree in Bachelor of Art in Magazine Journalism.

At the beginning of her career, Kathryn assisted the Unit Production Manager in the TV show. She then sifted from assisting to the screen and appeared in 'Bad Company,' 'Rideshare,' and 'Ride to Vegas.'

But she is better known for he works on 'Everest,' 'Inherent Vice,' and 'Sin City: A Dame to Kill For.'