By LRU Writer | On: May 31, 2018
Kathy Brock steps away from news television after 28 years! American news anchor Kathy Brock, who co-anchors alongside Alan Krashesky in the top rated 6 and 10 p.m. weekday newscast, is set to retire on June 2018 from her desk in the newsroom at WLS-TV. The retirement announcement came on 30 May 2018 through a mail to her colleagues. 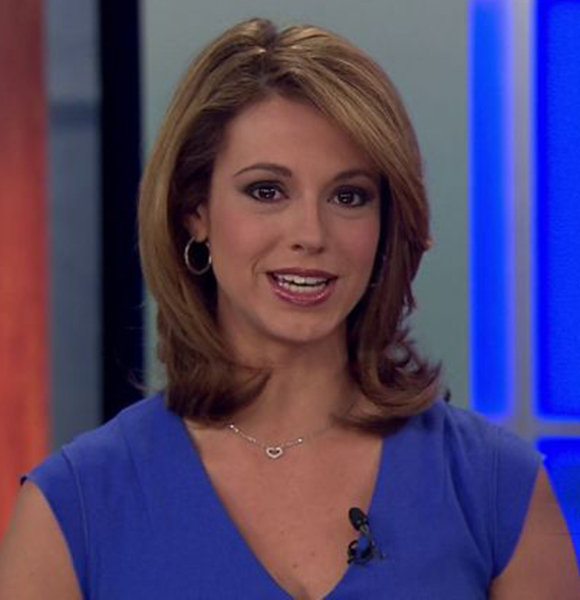 Kathy Brock steps away from news television after 28 years!

American news anchor Kathy Brock, who co-anchors alongside Alan Krashesky in the top rated 6 and 10 p.m. weekday newscast, is set to retire on June 2018 from her desk in the newsroom at WLS-TV. The retirement announcement came on 30 May 2018 through a mail to her colleagues.

On her announcement letter, Kathy revealed that she is willing to explore other passions and replant herself. She believes that this is the right time for the change as her children steps into their adult lives. She wrote,

“The time just seems right for a change. I want to explore other passions and see what life’s like off the night shift.”

Kathy, at the age of 58, applauds her place of work believing that it represents the best of local television news. She showed her admiration for being a part of the team at WLS - ABC owned station. Kathy added,

“WLS represents the best of local television news. I firmly believe there is no equal and recognize what a gift it has been to be part of this team.”

In turn, the president and general manager at ABC 7, John Idler made his closing statement for Kathy while acknowledging her intelligence, dedication, and uprightness unparallel in the field of journalism. John wished the best for her journey ahead. He stated,

“an essential part of our news team for close to three decades. Her intelligence, integrity, and commitment to journalism are unrivaled. We will miss her leadership in the newsroom and wish her all the best.”

Adding to it, vice president Jennifer Graves, who is also a news director, expressed her views on Kathy's work at the station. She shared that Kathy with her professionalism has been able to grab viewer's attention and help them understand the story which has resulted in welcoming the show into the viewer's homes. Jennifer stated,

“Her professionalism and ability to help viewers understand every aspect of a story have made her someone Chicago news viewers trust and welcome into their homes.”

Kathy, a native of Pasco, Washington is a graduate of Washington State University in journalism. After her graduation, Kathy worked in a few television stations before joining WLS.

She worked as an anchor/reporter at KBCI-TV in Biose for two years and then joined KUTV-TV in Salt Lake City, Utah. She worked for six years there, and in 1990 she joined ABC 7. She started on weekday morning newscast alongside Alan Krashesky.

Kathy, who enjoys the average salary of $79,574, worked with Alan on her first job at the station anchoring along with weatherman Jerry Taft and traffic reporter Roz Varon in the morning news show. Kathy presented news at 6 p.m. since 1993 and at 10 p.m. since 2003. And now, when she is stepping away from the station, she still shares the desk with her all-time partner Alan. Sharing her feelings on the matter Kathy wrote,

“There is poetry for me in closing out this career sharing the 6 and 10 p.m. desk with my original partner, Alan Krashesky, who has also become a dear friend,”